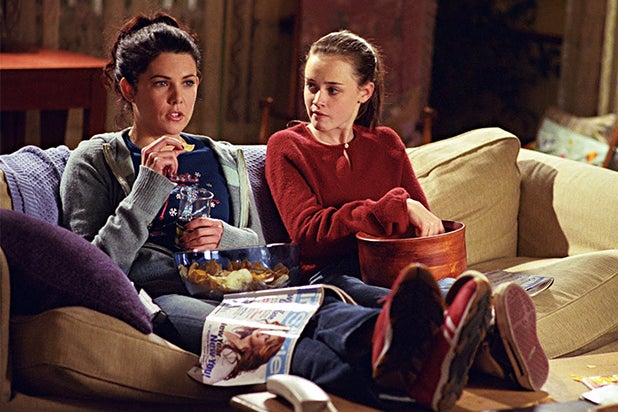 For nearly a decade Alexis Bledel and Lauren Graham warmed hearts and tickled funny bones on Amy Sherman-Palladino’s idiosyncratic WB/CW dramedy, “Gilmore Girls.” The series ended its run in 2007, but as of Oct. 1 all seven seasons will be available on Netflix.

The show followed Rory Gilmore (Bledel) and her single mother Lorelai (Graham) through years of misadventures, including first kisses, not going to Harvard, and getting hit by a deer. The sharp-tongued duo lived in a nutty Connecticut town called Stars Hollow, which was filled with a slew of silly, but thoughtful characters including Dean (“Supernatural’s” Jared Padalecki), Sookie (“Bridesmaids” Melissa McCarthy), Dave (“The O.C.’s” Adam Brody), Tristam (“One Tree Hill’s” Chad Michael Murray) and Jess (“Heroes” star Milo Ventimiglia).

With 153 soon-to-be available episodes to choose from, TheWrap did fans a favor and picked out seven of the show’s best moments you can turn to immediately once the series becomes available on the streaming service.

7. The Tarantino party in the episode “Pulp Friction.”

Every “Gilmore Girls” episode was dripping with pop culture references, but never so many as when Rory Gilmore squared off against her not-yet-boyfriend Logan Huntzberger at a Quentin Tarantino-themed Yale party in Season 5. Logan went as Bruce Willis‘ boxer character from “Pulp Fiction,”  while Rory put on a school girl outfit, found herself a nice replica morning star and went as the ruthless killer Gogo from “Kill Bill.”

Sure, they weren’t meant to be, but it was fun while it lasted.

Lorelai’s engagement to Rory’s English teacher Max was a train-wreck from the get-go, but at least it gave us a bachelorette party scene where Lorelai’s stuffy, posh mother Emily Gilmore got her drink on with drag queens.

4. Everything Sookie ever cooked, said or did.

Before Melissa McCarthy was the raunchy, randy breakout star of “Bridesmaids,” she played the goofy but talented chef Sookie on the “Gilmore Girls.”

The show’s two most crotchety characters first faced-off against each other in Season 2 and it was predictably epic. Paris (Liza Weil) and Luke (Scott Patterson) didn’t exactly get along.

2. Kirk performing “The Journey of Man”

From Miss Patty (Liz Torres), the sultry dance teacher, to Taylor (Michael Winters) the overbearing market owner, Sleepy Hollow is filled with an unusual cast of characters. But none of them were weirder than Kirk (Sean Gunn, “Guardians of the Galaxy”). The recurring character was the focal point of several memorable moments — he once did 98 somersaults in a row without throwing up — and one of the best is his 20th anniversary reprisal of his creepy stage performance, “The Journey of Man,” in Season 6.

The Season 1 finale had a lot of great moments — Max and Luke going toe-to-toe over Lorelai, Tristan (Chad Michael Murray) thinking PJ Harvey was a guy — but none so good as Rory finally admitting her love for Dean (Jared Padalecki).