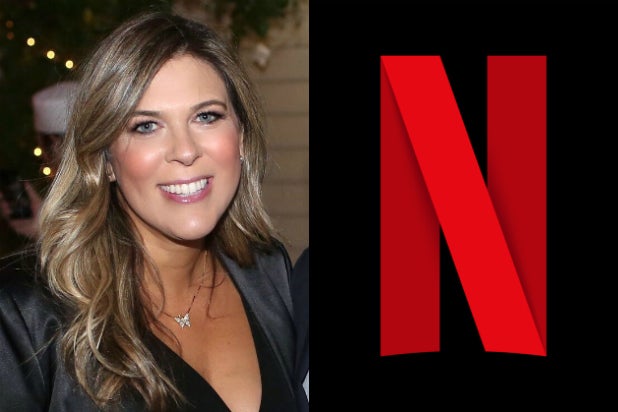 Netflix has snatched up film production veteran Kira Goldberg away from Fox, an individual with knowledge of the hire told TheWrap.

Goldberg served as executive vice president of production at Fox, and worked most recently on the studio’s rock and roll hit “Bohemian Rhapsody,” as well as last year’s “The Greatest Showman,” “The Post” and 2016’s “Miss Peregrine’s Home for Peculiar Children.”

She spent six years working at Fox, specializing in all original non-branded films, and championed “The Greatest Showman” and “Bohemian Rhapsody.”

At Netflix, Goldberg will report directly to Tendo Nagenda, who the streaming giant lured away from Disney earlier this year. Nagenda, a highly valued and respected production executive at Disney, was brought in under Netflix film head Scott Stuber to lead film production at Netflix.

Netflix has made strides this year to strengthen its film division, hiring proven industry executives, attracting top creative talent and even budging a little on its distribution approach, giving Alfonso Cuaron’s “Roma,” Joel and Ethan Coen’s “The Ballad of Buster Scruggs” and Susanne Bier’s “Bird Box” exclusive limited theatrical releases ahead of their releases on the service.

Goldberg’s hire is just another step toward shoring up Netflix’s film division.

Prior to Fox, Goldberg was recruited by Stacey Snider, who was at Dreamworks at the time. She spent six years at Dreamworks, carrying that relationship with Snider through to Fox where she also worked on Steven Spielberg’s upcoming movie musical remake of “West Side Story,” which is starting preproduction.

Goldberg’s move comes as Fox prepares to meld its film operation with Disney, following the Mouse House’s $71.3 billion deal to acquire the Murdoch family’s entertainment assets. Back in October, Disney named the top-level executives it plans to bring over, including Emma Watts, Nancy Utley and Stephen Gilula at Fox Searchlight, and Elizabeth Gabler, president of production at Fox 2000.

Once the Disney-Fox merger is finalized early next year, Snider, with whom Goldberg has worked for 12 years, won’t make the move to the combined studio and will be looking for her next gig.

Umberto Gonzalez contributed to this reporting.