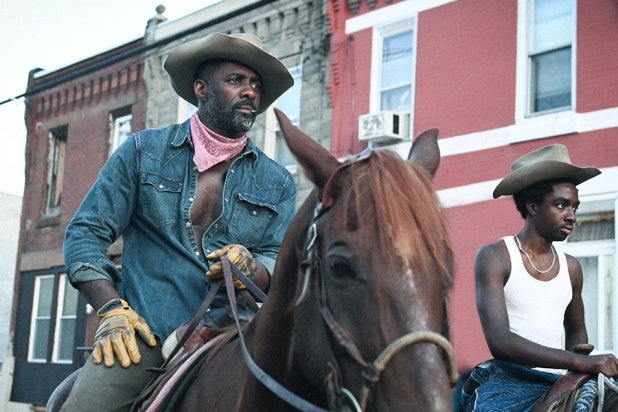 Netflix has acquired worldwide rights to “Concrete Cowboy,” which stars Idris Elba, according to an individual with knowledge of the project. The film, based on the novel “Ghetto Cowboy” by G. Neri, premiered at the Toronto Film Festival (TIFF)  in September. The streamer is eyeing a 2021 release date.

“Concrete Cowboy” is directed by Ricky Staub, from a script written by Staub and Dan Walser. The film follows a 15-year-old boy (McLaughlin) who is sent to live with his estranged father in Philadelphia, where he learns about the local urban cowboy community. Jerome plays Smush, who used to be a rider but became involved in the drug trade.

Also Read: Jharrel Jerome on How 'Concrete Cowboy' Disrupts the Gangster Stereotype: 'You Don't Stop to See What Else He Is' (Video)

In his TIFF review of the film, TheWrap’s Steve Pond said, “Concrete Cowboy” is an urban drama, but it’s also a glimpse of a world most of us never knew, and a richly evocative introduction to a strange new world that has been right under our noses all along.”

Endeavor Content brokered the deal on behalf of the film and filmmakers.