Netflix has ordered a docuseries that will follow the Inspiration4 all-civilian mission to space this September in “near real-time” before and after the mission launch, the streaming service said Tuesday.

“This September, four civilians will launch into space for a three-day trip orbiting Earth and reaching an altitude higher than that of the International Space Station (ISS),” per Netflix’s description for the project. “The SpaceX Dragon mission, dubbed Inspiration4, is the most ambitious step to date in the rapidly-developing age of civilian space exploration, making history as the first all-civilian mission to orbit.”

“Countdown: Inspiration4 Mission To Space,” which hails from “The Last Dance” director Jason Hehir, “will take viewers behind the scenes with the four crew members — from their unconventional selection and intensive months-long commercial astronaut training, through the intimate and emotional moments leading up to liftoff. The final episode, which premieres just days after the mission is completed, will feature unprecedented access inside the spacecraft capturing the launch and the crew’s journey to space, as well as their return home to Earth.”

The five-part show marks Netflix’s first docuseries to cover an event in “near real-time,” allowing subscribers around the world to follow civilian astronauts Jared Isaacman, Hayley Arceneaux, Dr. Sian Proctor and Chris Sembroski on their historic journey throughout the month of September, with episodes rolling out leading up to and following the mission.

Additionally, Netflix will be debuting a companion “StoryBots” animated special for kids, titled “A StoryBots Space Adventure,” ahead of the mission, featuring the civilian space travelers from Inspiration4 helping the StoryBots “answer some of kids’ most pressing questions — like how does a rocket work, how do they train, and how do they eat and sleep in space.” The special is produced by Mindshow, written by Erik Weiner and features a new original song performed by Big Freedia.

“Countdown: Inspiration4 Mission To Space” is directed by Hehir who executive produces alongside Connor Schell (“30 for 30,” “The Last Dance”), Libby Geist (“O.J.: Made in America,” “The Last Dance”), and Aaron Cohen for Words & Pictures; Ian Orefice, Alexa Conway, and Rebecca Gitlitz for TIME Studios; Ross Martin, Brad Roth, and Mark Feldstein for Known. Producers include Jonathan D. Woods (“A Year in Space”) and Jake Rogal (“The Last Dance”). 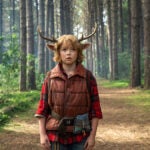 Here is the planned rollout for “Countdown: Inspiration4 Mission to Space” episodes and the “StoryBots” special, per Netflix: