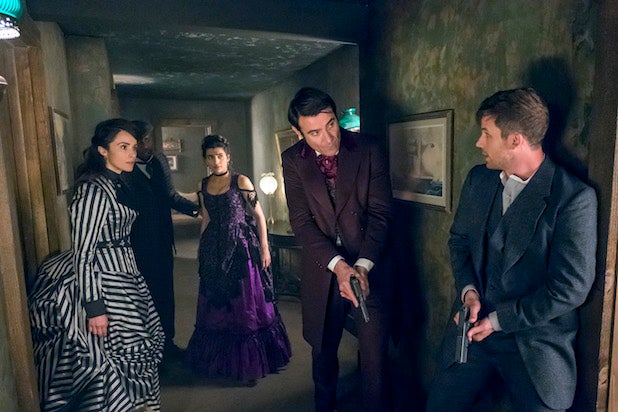 Don’t count on Netflix to resurrect “Timeless” or “Shadowhunters.”

Cindy Holland, VP of Original Content for the streamer, told reporters at the Television Critics Association press tour on Sunday that she was “not aware of any conversations” to save either show, despite significant fan outcry at both shows’ cancellations.

Despite passionate and dedicated fanbases, “Timeless” and “Shadowhunters” got the the axe from NBC and Freeform, respectively, when low ratings failed to justify keeping either series on the air. In the weeks since, loud fan campaigns have cropped up, calling on Netflix to save both shows from disappearing entirely.

Holland said she gets “probably a hundred emails a day” from “Shadowhunters” fans asking her to pick up the series, but has not heard any significant talks considering the possibility.

The “Timeless” announcement is in line with what series co-creator Shawn Ryan said earlier this month when he tweeted that producers at Sony Pictures Television had failed to find a new home for the show before cast deals expired.

Also Read: 'Timeless' Cast and Writers on Second Cancellation: 'Gutted by This, Guys'

Holland also discussed Netflix’s decision to cancel “Everything Sucks,” the ’90s-set high school dramedy. While fans of the show were surprised by the streamer’s choice not to renew the show for a second season, Holland said the show failed to attract a sizable viewership.

“It had a passionate and good audience coming in but what we were finding is that there were far fewer people than average who were completing a season,” she said. “And so when we looked at what it would take, how many viewers we would need to be successful with a Season 2, we found that the audience size really just wasn’t there.”