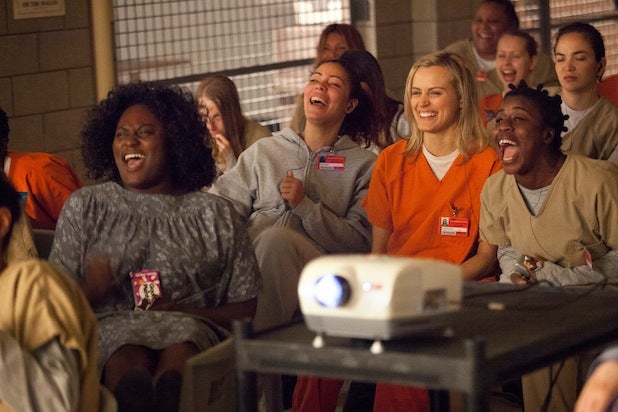 Netflix’s third quarter earnings per share and revenue just came streaming out Wednesday — and while the numbers are good enough to match or beat Wall Street forecasts, as well as internal company estimates, the stock plummeted after hours.

Investors apparently are none-too-pleased about the tally of 3 million-plus subscribers Netflix added in Q3. Forecasters expected to see 1.37 million new subscribers in the United States alone. They got 980,000. Investors also may be concerned about HBO’s surprise Wednesday announcement about its entrance into the stand-alone streaming space. More on that in a bit.

Netflix (NFLX) is reporting 96 cents per share earnings and revenue of $1.41 billion. Stock quickly went down 26 percent to $331.41 per share — and fluctuating. It opened Wednesday at $444.72 per share, and was down just slightly (0.12 percent) at the conclusion of the regular trading day.

For now, here are the dollars and cents: Analysts expected earnings per share of about $0.90-$0.92 per in 2014’s third quarter, while Netflix itself projected an EPS of $0.89. Either would have been a big leap from last Q3, when the company reported $0.52 per share in earnings.

Those in the industry foresaw Q3 revenue of about $1.4-$1.41 billion, up from 2013’s $1.11 billion. Netflix’s own estimate was in the middle — the streaming company forecasted $1.22 billion in revenue this past quarter.

As alluded to above, perhaps Netflix investors are feeling the heat from HBO. Earlier on Wednesday, Time Warner Inc.’s HBO announced that next year its own streaming service would hit the market.

“That is a large and growing opportunity that should no longer be left untapped,” HBO Chairman and CEO Richard Plepler said Wednesday at a Time Warner Inc. investor meeting. “It is time to remove all barriers to those who want HBO. All in, there are 80 million homes that do not have HBO and we will use all means at our disposal to go after them,” he continued. “This will be transformative for our company.”

In its Wednesday earnings release, Netflix spoke about the new/old competition: “Starting back in 2011 we started saying that HBO would be our primary long-term competitor, particularly for content,” the company wrote. “The competition will drive us both to be better. It was inevitable and sensible that they would eventually offer their service as a standalone application. Many people will subscribe to both Netflix and HBO since we have different shows, so we think it is likely we both prosper as consumers move to Internet TV.”

The duo also boasted that Netflix’s recently announced Chelsea Handler and Adam Sandler development deals would be bright spots for the company’s future.

An earnings interview will run at 6 p.m. ET, when this post will be updated with any pertinent information.