Sherwood, who is the co-chairman of Disney Media Networks and President of Disney/ABC Television Group made the remarks — a rare toehold in to any numerical data from the opaque company — during a keynote interview with entertainment attorney Bruce Ramer at USC’s Institute of Entertainment Law and Business on Saturday.

“2.4 million people a year discover ‘Grey’s Anatomy’ on Netflix,” Sherwood continued. “That has propelled ‘Grey’s Anatomy,’ now in its 13th season on ABC, to great success.” 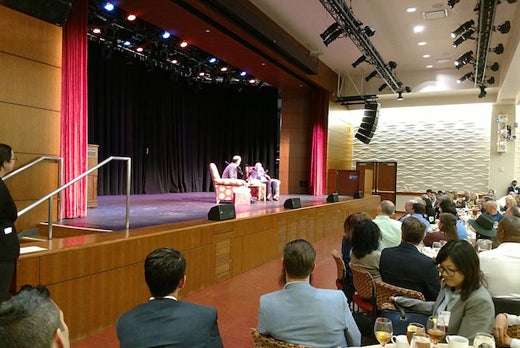 If anyone outside Netflix would have a handle on “Grey’s” metrics, it would be Sherwood. He oversees both the studio that has produced the medical drama and the network that has aired it since its debut in March 2005. 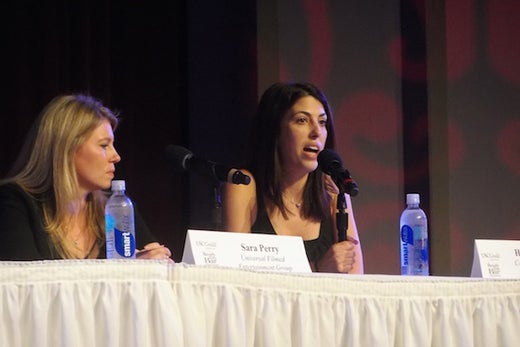 “Casting is coming from the marketing department,” Universal’s Sara Perry (left) said of the decision making behind social media stars landing roles in studio feature films. On the changing nature of “talent” for features and feature marketing, she added “We paid a dog $500.”

As the most prominent huddle of Hollywood lawyers and accountants each year, USC’s confab brings together 800 professionals (at an un-chic hour of 8:45 a.m. on a Saturday) for hours of panels on hot button topics affecting the future of revenue streams in the entertainment industry.

The downfall of Harvey Weinstein and the sexual harassment, assault and rape allegations against him barely came up. One speaker said that he had gotten a directive not to talk about it at all, but it was unclear if a piece of paper he held up purporting to be a warning letter to avoid Weinstein was legitimate or merely a prop.

Instead, it was Netflix, Amazon and Hulu that cast the biggest shadow over the proceedings. 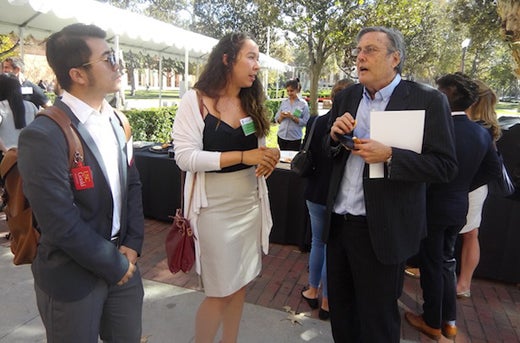 Dr. Jeffrey Cole, director for USC’s Center for the Digital Future, advised that Netflix will spend 7-8 billion on original content in 2018, “more than all six studios and four broadcast networks combined.” Cole also warned that if Amazon decides to acquire major sports rights — which they could at a loss — that “after 40 years of predictions will force the networks to revise and repurpose as OTT and/or subscription services.” 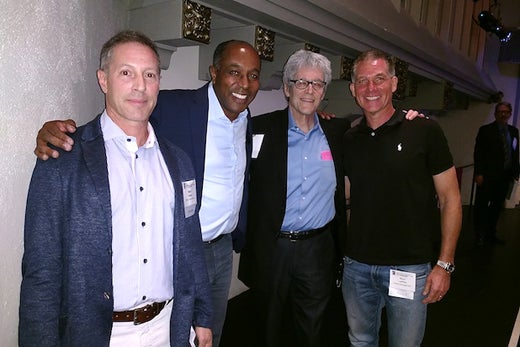 This group had good news, bad news and, like everyone else, wait-and-see anxiety about Netflix and the other tech players who are disrupting media.

First, the good news: Harleston revealed that getting “playlisted” on certain Spotify playlists can generate $100,000 in a week.

For bad news, the group pointed at YouTube as the thorn in the re-stabilized music industry. 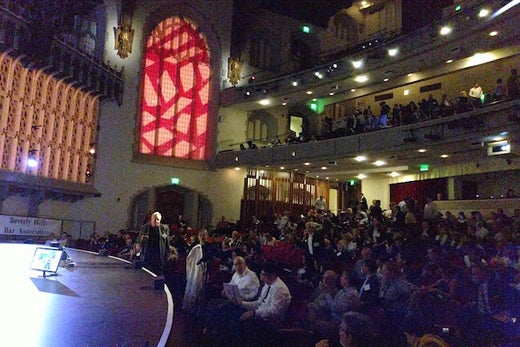 Geiger raised the specter of premium streaming services being acquired by a Netflix or Facebook. He noted that if there are such mergers, the overall revenue pot would go up from a combined video and audio subscription fee, but questioned how much of that monthly fee would be allocated to the musicians.