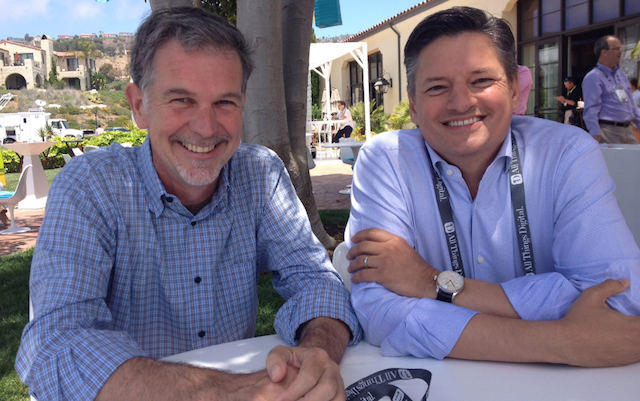 Eighty-five percent of the viewers who rated the new season of "Arrested Development" gave it one of the two highest scores on Netflix, Ted Sarandos, Netflix chief content officer told TheWrap on Wednesday.

"The fans love the show," said Sarandos, responding to whether critics were lukewarm on the cult hit's reboot on Netflix this week.

He and Netflix CEO Reed Hastings spoke exclusively to TheWrap about "Arrested Development" at the AllThingsD conference, saying early ratings were not relevant.

"Social buzz is off the charts. Every negative review of the show is accompanied by 50 to 100 slams to the critic in the comments section. There's no question that the fans love the show."

He added: "It's interesting that some critics are struggling with the show. I'd think they'd be celebrating something new. In fact being negative that the show is not exactly what it was seven years ago."

Meanwhile Hastings and Sarandos both said that Netflix had no intention of releasing ratings for its shows, saying that it is not relevant to the viewing experience on the streaming service.

Hastings said a more relevant metric would be to look at subscriber growth over time.

Also read: 'Arrested Development': What Critics Think of the Bluths on Netflix

"There's too much focus on opening night," said Hastings. "That's what you have to do with a movie, or a tv show on linear tv."

He noted growth to 29 million subscribers from 24 million a year ago. "If you're having that kind of great growth, that’s something you can build on. The better that we program for members, that increases membership enjoyment."

Asked if he was concerned about Hulu being sold to a robust competitor, Hastings said: "If they were a standalone startup, that’s the most focused they would be… The only scenario that makes them a tougher competitior is if they get spun out as a standalone firm. They were going to go public a year ago. The only thing we were worried about was (Jason) Kilar running a public firm against it. Now it doesn’t look likely."