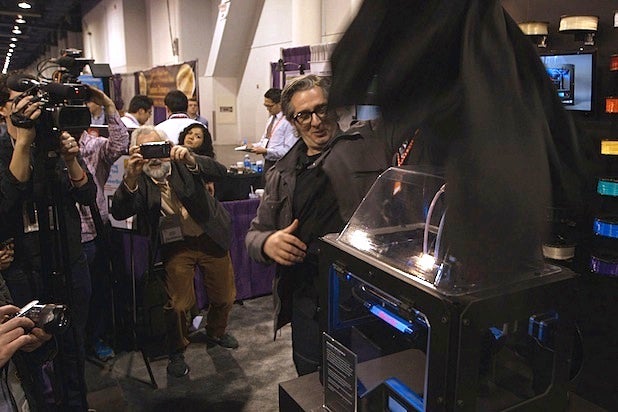 Netflix has set the debut date for 3D printing documentary “Print the Legend” for Friday, Sept. 26, TheWrap has learned.

The documentary feature winner of the 2014 SXSW Film Festival’s special jury recognition award for editing and storytelling, “Print the Legend” focuses on the race between startups MakerBot and Formlabs to bring the next wave of manufacturing to homes as they compete with established industrial-level players such as Stratasys and 3D Systems. More than that, it focuses on the American ideal of building a dream from scratch and being a leader in ushering a whole new way of doing things into the world.

3D Printing gives its users the ability to manufacture products out of plastic. It has quickly created an emerging market of entrepreneurs who are designing products that residential customers can purchase and then reproduce themselves in the comfort of their own homes — cutting out the delivery person. From shoes to toys, customers will be able to hold their purchases within hours.

It has also created a headache for governments trying to figure out how to regulate the use of 3D printing for illegal products, such as guns.

The team behind “Print the Legend” is a who’s who of documentary filmmakers. The project was developed, produced, and financed by Chad Troutwine(Freakonomics”) and Audax Films, led by Co-Producer Andrew Kortschak (“Gore Vidal: The United States of Amnesia”) and Executive Producer Walter Kortschak.

“Print the Legend” will be available on Netflix in all territories where the streaming service is available.

Watch the doc’s trailer below.