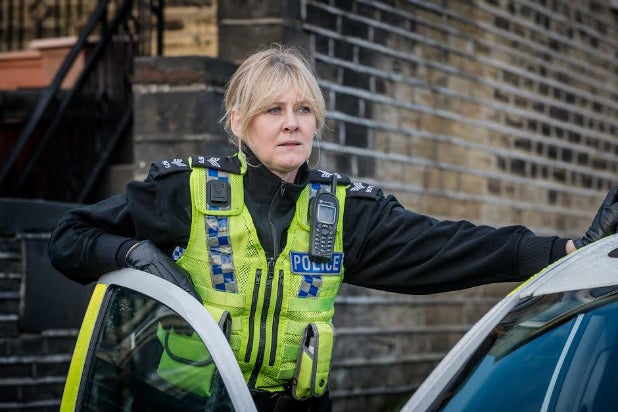 BBC’s “Happy Valley” is coming to the United States and Canada via Netflix on Wednesday, Aug. 20.

“We’re proud to add this highly lauded, masterfully crafted and brilliantly acted British series to the exclusive offerings Netflix viewers in the US and Canada can enjoy,” said Elizabeth Bradley, vp of content acquisition at Netflix. “Already recognized as one of the top dramas of 2014, ‘Happy Valley,’ is sure to keep our viewers on the edge of their seats.”

“‘Happy Valley’ is one of the most gripping and exciting shows to come out of the UK this year, and we are thrilled that it will make its anticipated North American debut just weeks after it finished its initial airing across the pond,” added Matt Forde, executive vp sales & co-productions for BBC Worldwide North America. “Fans already recognize Netflix as a great place to discover new BBC dramas, and this clever, compelling thriller won’t disappoint.”

“Happy Valley” is a six-part drama starring Sarah Lancashire (“Last Tango in Halifax”) and penned by Sally Wainwright (“Scott & Bailey”). The show follows a dedicated police woman (Lancashire) in a small town where drunks, drug addicts and teenage pregnancies are the norm. Her world is turned upside down when the man she thinks is responsible for her daughter’s death — Tommy Lee Royce (James Norton) — is released from prison.

Nicola Shindler (“Last Tango in Halifax”) and Wainwright serve as executive producers. The series is a Red Production Company production for the BBC.

“Happy Valley” premiered on BBC One in the UK to 7.6 million viewers, winning its time slot. The series finale scored a 92.5 rating, BBC One’s highest-ever appreciation index for a drama series.