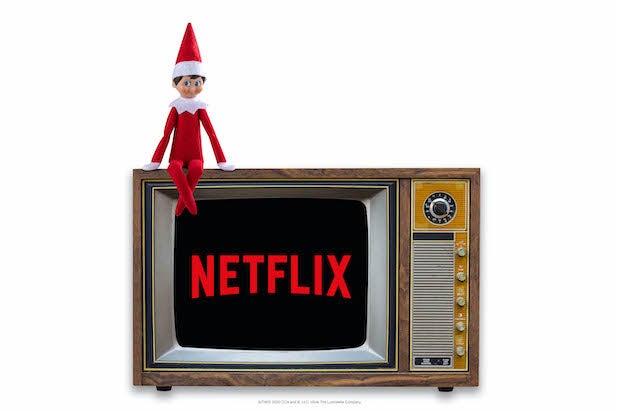 Netflix will develop movies, TV shows and animated content based on The Elf on the Shelf, the Christmas character with the watchful eye to see who have been naughty and nice boys and girls every holiday season.

Netflix formed a partnership with The Lumistella Company, which makes “The Elf on the Shelf: A Christmas Tradition” children’s book and will produce content based on all of its other brands including Elf Pets and Elf Mates.

The series and films, both live-action and animated, will be aimed at pre-school audiences as well as broader family audiences.

Netflix also picked up two of The Lumistella company’s existing animated short films that will each be available on Netflix as part of its holiday slate, “Elf Pets: Santa’s Reindeer Rescue” and “Elf Pets: A Fox Cub’s Christmas Tale.”

“We are thrilled to be partnering with Netflix to create immersive and engaging original stories of Santa’s North Pole while providing heartfelt family-entertainment to fans all over the world,” Bell, co-CEO and chief creative officer of The Lumistella Company, said in a statement. “We are also pleased that fans in North America don’t have to wait to delve into the world of The Elf on the Shelf and their friendly Elf Pets, with the streaming giant carrying our newest animated Elf Pets titles this Christmas. We relish the opportunity to collaborate with Netflix to bring joyful family moments to life. This moment is a dream come true.”

The Lumistella Company was founded in 2005 by a mother and daughter team and is headquartered in Atlanta.