The twisty limited series “Echoes,” starring Michelle Monaghan opposite herself as identical twins, led the Netflix Top 10 in the second week following its premiere Aug. 19. The series was followed by Neil Gaiman’s “The Sandman” and Mindy Kaling’s “Never Have I Ever,” the latter of which just premiered its third season. 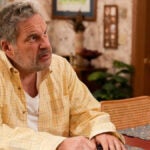 Also Read:
‘The Goldbergs’ Will Kill Off Jeff Garlin’s Character Following His Exit After HR Investigation 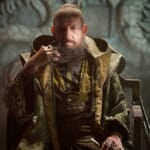