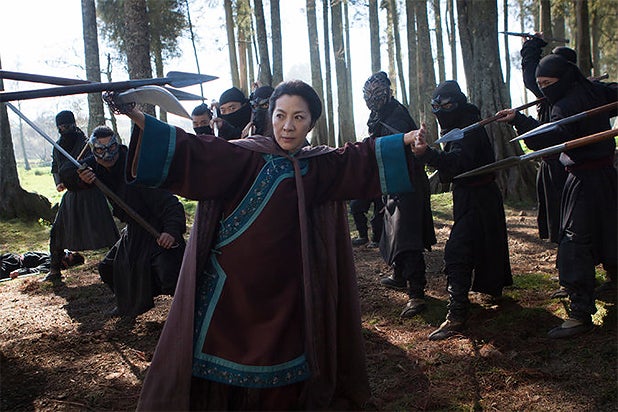 Netflix and The Weinstein Company will release the sequel to “Crouching Tiger, Hidden Dragon” simultaneously in IMAX theaters and on the online streaming service in August 2015, the companies announced on Monday.

The film is to be the first of several major films backed by Netflix to premiere on the same day on the streaming service and in select IMAX theaters globally.

The sequel is described as echoing the themes of the original movie, but will tell a new story set against an epic martial arts battle between good and evil that will decide the fate of the Martial World.

“Fans will have unprecedented choice in how they enjoy an amazing and memorable film that combines intense action and incredible beauty,” said Ted Sarandos, chief content officer at Netflix. “We are honored to be working with Harvey Weinstein and a world-class team of creators to bring this epic story to people all over the world and to partner with IMAX, a brand that represents the highest quality of immersive entertainment, in the distribution of this film.”

“Crouching Tiger, Hidden Dragon: The Green Legend” will be released on Netflix and in theaters on Aug 28, 2015.