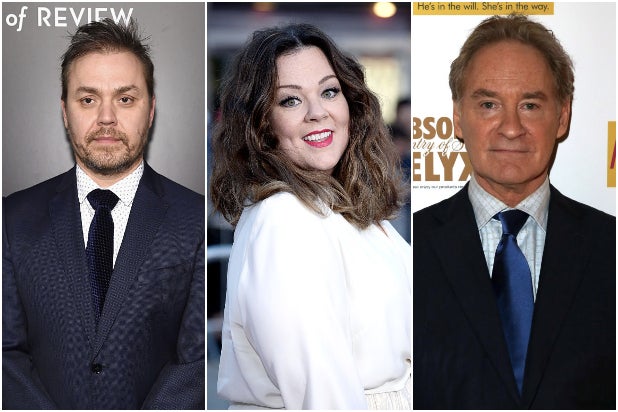 Netflix has won the global rights in an auction to “The Starling,” a dramedy directed by Ted Melfi that stars Melissa McCarthy, Kevin Kline, Timothy Olyphant, Chris O’Dowd and Daveed Diggs, the streamer announced Monday.

“The Starling” is described as a heartwarming and comic story about a woman who suffers through a hardship and then becomes obsessed with trying to kill a small starling bird nested in her backyard that harasses and attacks her, something that now represents all her problems. In the process, she forms an unlikely friendship with a quirky psychologist turned veterinarian with his own troubled past.

Also co-starring in the film are Skyler Gisondo, Loretta Devine, Laura Harrier, Rosalind Chao and Kimberly Quinn. “The Starling” is currently in post-production.

McCarthy, who starred in Melfi’s “St. Vincent” back in 2014, has made a dramatic turn in recent years after work in “Can You Ever Forgive Me?” and “The Kitchen.” She’ll also next appear in the live-action remake of Disney’s “The Little Mermaid.”