Netflix is set to make its first foray into the Indian horror genre with the upcoming miniseries “Ghoul,” and the streamer released the first spooky trailer for the Blumhouse-produced show Monday night.

Inspired by Arabic folklore, “Ghoul” follows a prisoner who arrives at a remote military interrogation center and turns the tables on his interrogators, exposing their most shameful secrets.

Radhika Apte and Manav Kaul star in the three-episode series from director Patrick Graham. It is produced by Netflix in partnership with Phantom Films, Ivanhoe and Blumhouse.

“It has been a great experience working closely with Netflix and our partners at Phantom and Ivanhoe to produce ‘Ghoul,'” Blumhouse’s Jason Blum said in a statement. “This is Blumhouse’s first foray into the horror genre in India and we’re excited to share this project with horror enthusiasts around the world.”

“‘Ghoul’ is a thrilling horror series, both frightening and insightful. Its high production value, a chilling performance from Radhika Apte, and quality writing are sure to scare Indian and global audiences alike,” said Simran Sethi, director of international originals for Netflix.

The series is part of a five-year partnership between Blumhouse, the Asia-focused Ivanhoe Pictures and the India-based Phantom Films to produce genre films in India.

“‘Ghoul’ is a first in class, edge-of-your-seat horror series – that we are incredibly proud of,” said Vikramaditya Motwane of Phantom Films. “This is our second collaboration with Netflix (after Sacred Games) and yet another strong example of commitment towards high quality content. We are extremely proud of ‘Ghoul’ – and cannot wait for audiences around the world to experience an elevated horror narrative from India.”

“‘Ghoul’ has been a collaborative effort to tell a story that is rooted in India, in a manner that will appeal to audiences around the world,” added Kilian Kerwin of Ivanhoe Pictures. “Our goal is to create incredible entertainment that speaks to audiences from diverse cultures, and we’re very proud of this series, which is sure to be a must-watch in the horror genre globally.” 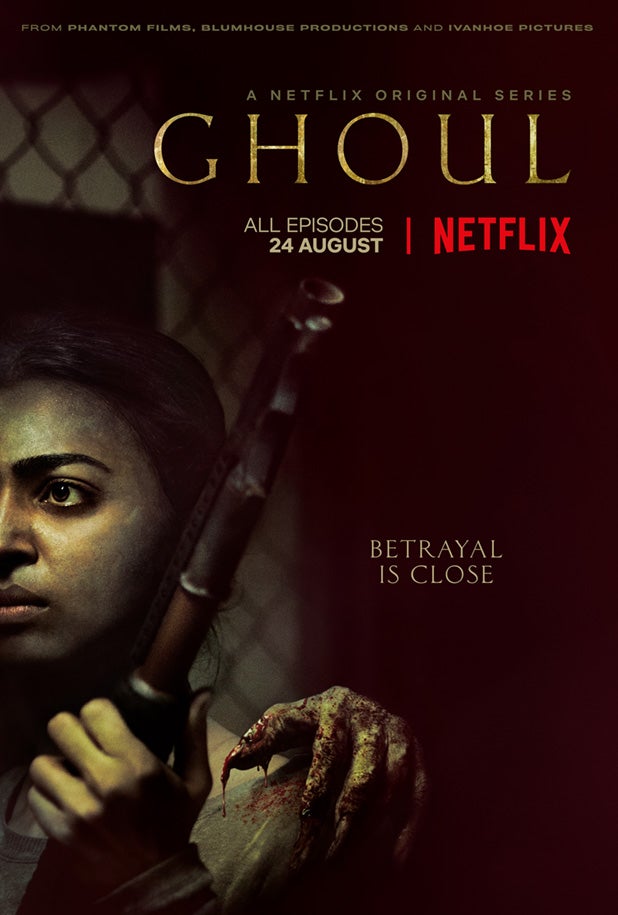