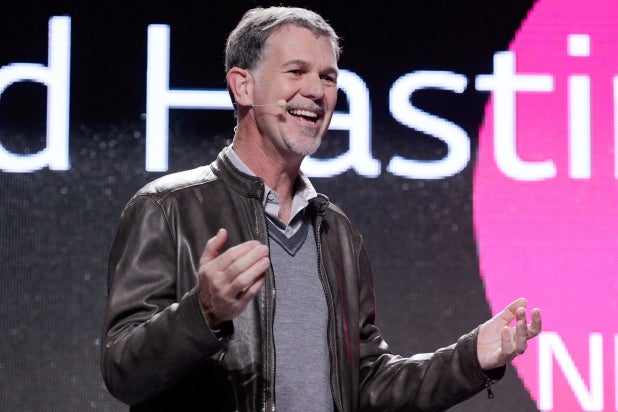 Netflix CEO Reed Hastings will take a $100,000 cut to his salary next year, but will reap a more than $5 million boost in the value of his stock-option awards.

As chairman, Hastings benefits from a compensation tweak for members of the board, which essentially lets them receive more options each month. The company’s formula for determining how many options can be granted monthly includes an increase to $25,000 from $20,000.

It doesn’t hurt that Netflix had the best-performing stock in the S&P 500 this year. Shares have more than doubled in value year to date.

David Wells, chief financial officer, is set for a 20 percent salary bump to $2.4 million and a 7.5 percent increase in options value to $1.8 million.

Ted Sarandos, the company’s content chief, as well as chief product officer Neil Hunt and chief streaming and partnerships officer Greg Peters, will continue to receive $1 million salaries, which Netflix caps at that level in order to avoid a tax surcharge.

To compensate, those executives have performance-based bonuses. The target level for Sarandos’ bonus doubles next year to $4 million. Hunt’s creeps up 5 percent to $5.3 million, while Peters’ target bonus climbs to $1.5 million from $1 million.