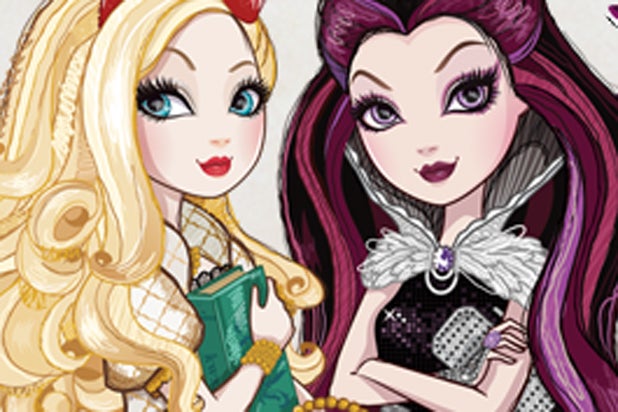 Netflix is partnering with Mattel for its latest original series.

The online streaming service has given a 12-episode order to an animated series based on the Mattel franchise “Ever After High,” the company said Monday.

The series, which is scheduled to premiere early next year, will be preceded by a new movie, “Ever After High Unsprung.”

The “Ever After High” franchise tells the story of the teenage sons and daughters of familiar fairytale characters, such as Snow White and the Raven Queen.

“Today’s kids want to watch their favorite characters anywhere and everywhere they are,” Mattel’s vice president, franchise development and content distribution Michael Riley said. “Netflix is the perfect home for developing and expanding the already enchanting world of ‘Ever After High.’ We’re excited to be working with Netflix and for the show to be a part of its growing portfolio of original kids programming.”

Short-form webisodes of “Ever After High,” produced by Mattel Playground Productions, are currently available on Netflix and EverAfterHigh.com.