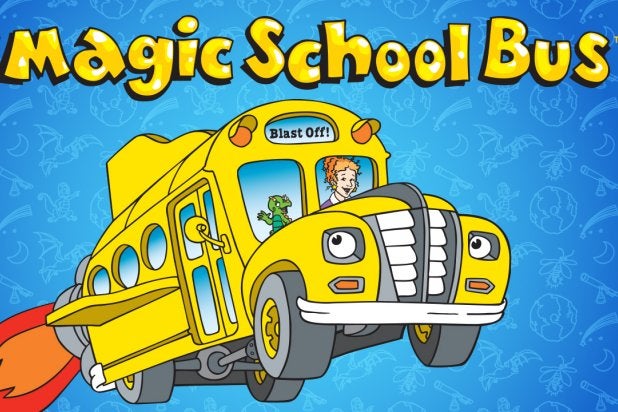 Netflix is bringing back one of the most popular children’s shows of the 1990s, with a modern twist. “The Magic School Bus 360°” will be a computer-animated reimagining of the television series that made science cool for an entire generation.

The company has ordered 26 half-hour episodes with a planned launch in 2016, according to The New York Times. The deal is part of Netflix’s overall rights acquisition of various Scholastic properties, including “Clifford the Big Red Dog” and “Goosebumps.”

“‘Magic School Bus,’ the old version, is remarkably popular on Netflix,” said Ted Sarandos, Netflix’s chief content officer, in a statement. He said it was the top educational show on Netflix.

Deborah Forte, president of Scholastic Media, said in a statement that there is more need for science education for elementary students since the original’s premiere in 1994. She went on to say that her company hopes to provide school and community outreach with the new “Magic School Bus.” She will executive produce the new series, which will be created and produced by Scholastic Media.

Ms. Frizzle, who was voiced by Lily Tomlin in the original version, will be modernized, and her flying bus will be updated as well. Her students will enjoy the benefits of newer scientific tools, including robots and smart suits.

Sarandos was keen on the collaboration with Scholastic, indicating that the companies are exploring other joint projects, and that he would like to see this first project as “an extension of what I hope is going to be a growing relationship with Scholastic.”