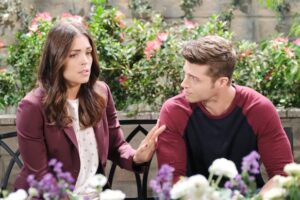 Studios, networks and production companies are figuring out ways to bring cast and crew back onto film and TV sets safely, but ramping up production too early could pose a risk to everyone, as standard insurance policies won’t provide much protection for either companies or employees.

According to multiple experts in the employment law and liability field, studios and networks are required to uphold safe working environments for employees — but can’t necessarily be held liable if an employee falls ill, given that it’s extremely difficult to prove they contracted the virus at the workplace as opposed to someplace else.

“It’s going to be difficult in a workplace scenario of an employee to say with admissible evidence that’s required in court that they contracted COVID-19 on their job unless they can show that they are social distancing in every other aspect,” Kent J. Schmidt, a partner at the international law firm Dorsey & Whitney who specializes in business litigation, told TheWrap.

For most productions, everyone from the cast to the crew to the producers are absorbing some risk returning to work in the midst of a pandemic.

“It’s a risk to the employee coming back; it’s a risk for the employer of being sued; and it’s a risk to the insurance company of having a claim that has to be litigated,” said Arthur Silbergeld, a partner at Thompson Corburn LLP who represents employers in litigation and labor relations matters. “The employer has the obligation to maintain a safe work space. If they took temperatures, sent people home who had any symptoms at all, it’s going to be difficult for the employer to be liable. If you start production and aren’t doing any safety measures, then that’s a different story.”

However, producers like Jason Blum and Tyler Perry who have outlined plans to quarantine the entire cast and crew for the full shoot, including two weeks before and after, would be “a clear exception to the norm,” Schmidt said, and might assume more liability should someone test positive during production.

Blum is working on a plan to shoot a film on the Universal Studios backlot with a small cast and crew that would be quarantined together at a nearby hotel, a person with knowledge of the production told TheWrap. And last month, Perry outlined a plan to resume production on two sitcoms at his Atlanta studios by testing and quarantining the cast and crew on his massive lot, complete with housing, for the duration of the shoot.

“It would be easier to prove that an employee contracted the virus from the workplace under those circumstances because other potential exposures are eliminated,” Schmidt said. “But very few employers will be able to adopt this model.”

Ultimately, if a staffer makes a claim, producers, studios and network will be on the hook since insurance won’t cover the claims apart from the traditional employee health insurance that is offered by employers. Not even the “business interruption” clause that companies could usually utilize if, say, a water main breaks, where production is shut down for a week or two and production can’t continue as planned, would cover this claim. Because disease can go on for an undefined amount of time and is unpredictable, this clause wouldn’t protect an employer even when productions have to be shut down if a key cast or crew member becomes infected and needs to quarantine.

“It is highly unlikely that insurance of any kind, whether it’s business interruption insurance or general liability insurance, is going to cover any claim by any employee that they became infected at work, whether they are working in close proximity without any precautions or whether they are taking all the precautions,” Silbergeld said. “The issue of coverage is a nonstarter.”

Moving forward, Silbergeld and Schmit said, insurance companies will be much more direct and exclude pandemic coverage in policies completely. While current policies are vague, production shutdowns or employee illnesses “would not likely be covered under existing contracts,” Silbergeld added, “as no one would have anticipated this level of disruption, but any party starting up could have a supplemental contract covering all or a portion of the costs.”

As a result, all parties are looking for new models to share the very new (and very real) risks of restarting production. Elsa Ramo, managing partner of Ramo Law, whose firm represents producers and content creators, said insurers are negotiating with studios and networks about how much of a potential claim they would cover, while also talking to the unions to determine how much liability cast and crew can waive and how much studios, networks and producers can take on themselves.

“Everyone has to walk into a production environment in the middle of a contagious virus without a vaccine with a certain level of risk,” she said. “What we’re trying to do on the production side is figure out how much liability is the production able to take on, and how much are we trying to have cast take on.”

A rep for SAG-AFTRA declined to comment; a rep for IATSE, the union representing below-the-line production workers, did not respond to a request for comment.