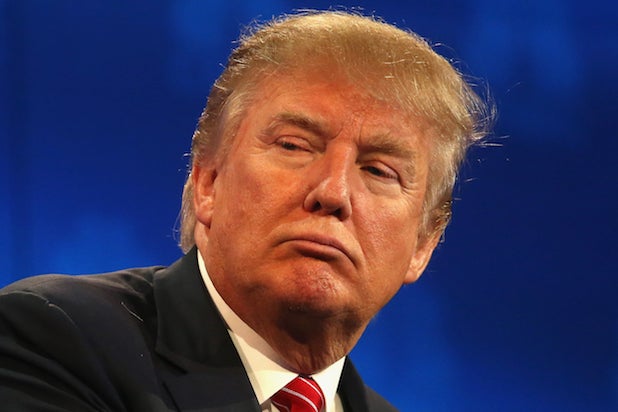 Donald Trump continues to polarize the electorate, with the #NeverTrump hashtag trending worldwide on Twitter Saturday as a sense of panic among those who oppose him deepens following major victories toward the GOP presidential nomination.

After a landslide victory in the Nevada caucuses on Tuesday and an influential endorsement from New Jersey Gov. Chris Christie on Friday, those opposed to the Republican frontrunner took to Twitter to argue against him and revive old complaints.

It’s time to take the mask off of Donald Trump. #NeverTrump https://t.co/PYazfEzPfy

Because I am not okay with this. #NeverTrump pic.twitter.com/qoEFAb0y1Z

#NeverTrump is still trending but I need this to trend in real life, not just twitter.

#NeverTrump because we owe it to our children to reject a man whose behavior is everything we teach them not to emulate.

#NeverTrump because orange shouldn’t be the new black. https://t.co/2IKMk4XIz0 pic.twitter.com/LnjYmEI8Sr

In his endorsement, Christie said that Trump is the candidate with the best chance to beat Democratic challenger Hillary Clinton. “The one person that Hillary and Bill Clinton do not want to see on that stage is Donald Trump,” he said. The Clintons “do not know the playbook of Donald Trump because he is rewriting the playbook,” he added.

Christie was a candidate in the 2016 election until he ended his campaign on Feb. 10.