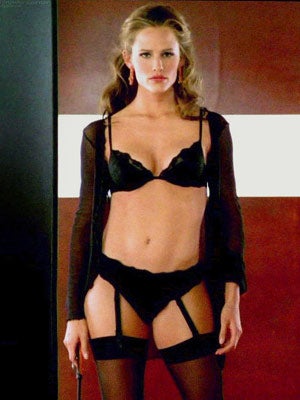 Preliminary discussions are under way to bring back "Alias," but as a first-run syndication series rather than for ABC.

Network stressed to TheWrap that the talks are in very early stages, and that Jennifer Garner would not be in any way involved.

The original J.J. Abrams’ series starred Garner as Sydney Bristow, an international spy who was recruited out of college and trained for espionage missions. It aired on ABC from 2001 through 2006, and was a ratings hit at first before waning toward cancellation.

Television studios have virtually stopped producing first-run drama series for syndication because of the high cost of production and low ratings over the years. It is much more profitable for them to just sell the syndication rights to the higher-rated series that have already run for several years on the broadcast networks, known as off-net series.

If there was a decision to proceed, the series would most likely be produced by ABC Studios.