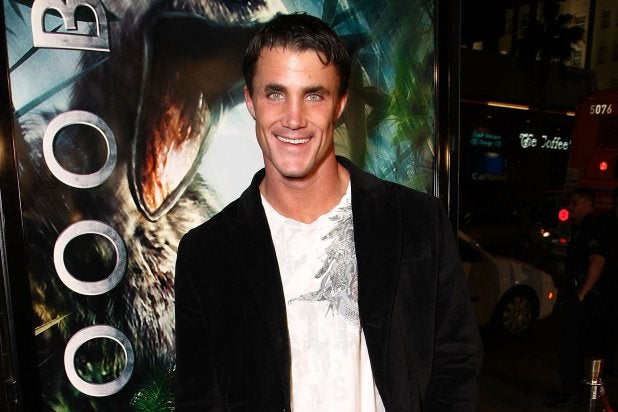 Burbank police have interviewed the video team that was accompanying Gregory Plitt Jr. when he was struck and killed by a Metrolink train this past weekend, and the men are denying that they knew the Bravo “Work Out” star would be running on the tracks.

“Witnesses interviewed at the scene confirmed they were shooting a video for a sports drink, and at no point did Mr. Plitt say he would be running between the rails,” Burbank Police Department officer Joshua Kendrick told TheWrap Wednesday.

As TheWrap previously reported, investigators seized the camera that the crew was using immediately after Saturday’s accident.

Kendrick said on Wednesday that police have now analyzed the footage, and it shows “he [Plitt] is running on the tracks and specifically between the rails as the Metrolink train is traveling southbound,” Kendrick said.

“As the train approaches, the train conductor sounded its horn. But Mr. Plitt continued to run … and was struck by the train.”

Also Read: Bravo Star Greg Plitt Was Filming on Tracks Without Permit When Killed by Train

When asked if the footage showed the point of impact between Plitt and the train, Kendrick would only say “yes.”

Media reports have stated that Plitt was filming a commercial for Shadow Beverages and Snack Company. When contacted by TheWrap, the company tried to distance itself from those claims.

“Greg was not filming a commercial at the time. He was filming workout video content with a brand he and Shadow own together,” the company said in a statement. “Greg was a business partner of Shadow Beverage and Snack Company’s Whey UP brand and content that he produced utilized Whey Up. Shadow did not have knowledge Greg would be on the tracks prior to filming.”

The actor and fitness model, 37, was killed near the Burbank Metrolink Station on Front Street, and was accompanied by two other individuals.

“This was an unauthorized shoot,” he continued, explaining that Plitt’s crew did not have a permit to shoot on Metrolink property. “Had the proper channels been followed, this would not have happened.”

“When a permit is filed, we normally assign a flagman to the shoot.” The flagman knows Metrolink’s train schedules, communicates with operations and lets the film crew know if a train is coming. However, Lustgarten said none of that happened.

Meanwhile, the train’s engineer and conductor have been placed on administrative leave and are undergoing trauma counseling, according to the Metrolink spokesman.

A public memorial service will be held for Plitt at The Church of The Good Shepherd in Beverly Hills on Saturday at 2 p.m. Another service is scheduled for next week in his hometown of Baltimore.

Debbie Emery contributed to this report.