A new “Daredevil” series is in the works at Disney+, according to Variety.

Matt Corman and Chris Ord are attached to write and executive produce the new series.

Most recently, Daredevil (Charlie Cox) showed up in big-screen blockbuster “Spider-Man: No Way Home” while Kingpin (Vincent D’Onofrio), the main antagonist from the Netflix series “Daredevil,” made his debut in “Hawkeye,” the Disney+ series based on the arrow-obsessed Avengers character. 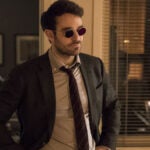 After Daredevil popped up in “Spider-Man: No Way Home,” the “Daredevil” series became one of the most-watched shows on Netflix.

The collection of Netflix’s Marvel television series – including “Jessica Jones,” “Daredevil,” “The Punisher,” “Luke Cage” and “Iron Fist” – came to Disney+ in March.

But these series have a harder edge, too, which required implementing new parental controls on the streaming service.

Launched back in 2015, the Netflix/Marvel series were meant to be complementary to the Marvel Cinematic Universe series of films (they frequently refer to the events of 2012’s “The Avengers,” but none of the characters from the movies ever show up), introducing all-new characters who exist in their own pocket of that larger continuum.

The characters were introduced individually before they collided in a miniseries called “The Defenders,” a sort of street-level version of “The Avengers.” But the series all felt overlong and failed to connect with audiences in the ways that Netflix and Marvel (whose television division was then separate from the cinematic efforts) had hoped, and the MCU and Netflix shows never crossed over in any meaningful way. 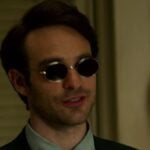 The new show in development comes as no surprise as fans have been clamoring for a new “Daredevil” series since the Netflix iteration was canceled in 2018 after running for three seasons.

Corman and Ord are repped by Verve, Entertainment 360, and Goodman Genow.

Reps for Disney+ did not immediately respond to TheWrap’s request for comment.