One of the most extraordinary directorial debuts in recent years is Regina Hall’s “One Night in Miami” (The Criterion Collection), based on the play by Kemp Powers (“Soul”). Imagining the details of a real-life encounter between Muhammad Ali (Eli Goree) — still going by “Cassius Clay” at that point — Malcolm X (Kingsley Ben-Adir), Jim Brown (Aldis Hodge), and Sam Cooke (Leslie Odom Jr.), it’s fascinating in both the macro (the responsibilities of Black artists and celebrities) and the micro (the duties and limitations of friendship). What could easily have been a four-men-in-a-room filmed play pops with vivid characterizations and thrilling filmmaking.

Also available: Yes, one of the year’s best animated films is currently streaming on Netflix, but the Blu-ray of “The Mitchells vs. the Machines” (Sony Pictures Home Entertainment) comes with plenty of extras (including a new short) that fans will want in their library; all the millennials scolded by Sir Ridley Scott for not going to see “The Last Duel” (20th Century Studios) can do him a solid and buy a hard copy; Oscar Isaac and Tiffany Haddish star in “The Card Counter” (Universal Pictures Home Entertainment), a very Paul Schrader portrait of alienation set in a stiflingly cookie-cutter America of casinos and hotel rooms. 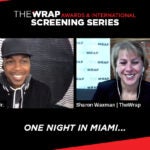 Also Read:
Leslie Odom Jr: ‘One Night in Miami’ and ‘Hamilton’ Carried Same Sense of ‘Responsibility to the World’ (Video)

One of the year’s best-reviewed indies was the comedy-horror-mystery “Werewolves Within” (IFC Films), starring Sam Richardson (“The Tomorrow War,” “Ted Lasso”). That’s kind of a shock considering this is a video-game adaptation, perhaps the most consistently disappointing of genres, but assume that this one is the exception and not the rule.

Tim Blake Nelson gives another great performance in the Western “Old Henry” (Shout Factory); in “Mayday” (Magnolia Home Entertainment), young women find themselves transported to an alternate dimension where they are plunged into fighting a war.

“Shirobako: The Movie” (Shout Factory) picks up where the beloved anime series left off; Ben Whishaw gives an intense performance as an airport security agent suffering a breakdown in “Surge” (FilmRise); a Maltese fisherman grapples with changing times in the gorgeous and haunting “Luzzu” (Kino Lorber).

Armenian filmmaker Serge Avedikian returns to his grandparents’ village in “Back to Sölöz” (IndiePix) as a way to examine both personal and cultural history; talented swimmer “Beyto” (Dark Star Films) falls in love with his male coach in this Swiss drama about Turkish émigrés; anime fave “Demon Slayer – Kimetsu No Yaiba – The Movie: Mugen Train” (Funimation) makes its Blu-ray debut. 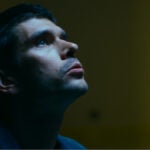 There’s been a boomlet of fascinating documentaries about trans and non-binary historical figures this year, and one that shouldn’t be missed is “Keyboard Fantasies: The Beverly Glenn-Copeland Story” (Greenwich), all about the legendary musician whose career included folk, blues, “Sesame Street,” and Buddhism on his way to becoming a groundbreaking pioneer in the field of electronic music.

Also available: There’s a plethora of other music-centric docs this month, including band portraits “Chicago Double Feature: ‘Now More Than Ever: The History of Chicago’/’The Terry Kath Experience’” (FilmRise) and “NEEDTOBREATHE: Into the Mystery” (Greenwich), politics-minded sequel “Athens, Ga. Inside Out 2: Red Turns Into Blue” (MVD Visual), Contemporary Christian Music history “The Jesus Music” (Lionsgate), and “Deep Blues” (Film Movement Classics), a scholarly exploration of the Mississippi roots of the popular genre.

“American Masters: Amy Tan – Unintended Memoir” (PBS) examines the influential Asian-American novelist; Bill Morrison returns with “The Village Detective: A Song Cycle” (Kino Lorber), another exploration of forgotten history; a Jewish woman who began a relationship with a concentration-camp guard must later testify against him in the searing “Love It Was Not” (Greenwich); design enthusiasts, particularly those interested in the history of furniture, won’t want to miss “Gustav Stickley: American Craftsman” (First Run Features); Ludacris narrates “The 2021 World Series Collector’s Edition” (Shout Factory), a video souvenir of this year’s Atlanta Braves victory. 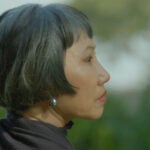 The umbrella of “American independent cinema” includes the pioneers who tackled adult, sexually explicit content back when you could get arrested for that sort of thing, and one of the genre’s ablest practitioners is celebrated in the new box set “LA Plays Itself”: The Fred Halsted Collection (Altered Innocence). (And yes, that’s where Thom Andersen later got the title of his documentary “Los Angeles Plays Itself.”) This set includes restored-by-MOMA versions of the eponymous feature, along with other landmark queer features “Sextool” and “The Sex Garage,” as well as video essays, interviews, commentaries and other supplemental material.

So many studios — and the streaming services they operate — seem only mildly interested in keeping their back catalog alive and vital, so kudos to Paramount for a pair of releases that not only showcase great movies but also reflect some time and effort: The newly restored 50th anniversary Blu-ray of “Harold and Maude” (Paramount Home Entertainment) offers a new commentary from cinephile filmmakers Larry Karaszewski and Cameron Crowe as well as a new interview with Yusuf Islam (aka Cat Stevens) about the film’s unforgettable song score. And the Paramount Presents 40th anniversary Blu-ray of “Ragtime” allows audiences their first glimpse at director Milos Forman’s workprint version of the film. (Karaszewski pops up again to interview screenwriter Michael Weller.)

Not a lot of laughs in Leonardo DiCaprio’s latest film, but he gives a brilliant comic performance in Scorsese’s “The Wolf of Wall Street” (Paramount Home Entertainment), now in 4K; also making its 4K debut is The Karate Kid Collection (Sony Pictures Home Entertainment), which includes the three Ralph Macchio titles – heads up, “Cobra Kai” fans – but not the Hilary Swank or Jaden Smith outings; Gordon Parks’ landmark 1969 drama “The Learning Tree” gets a sumptuous release from The Criterion Collection; cult rock-and-roll comedy “Get Crazy” (Kino Lorber Studio Classics) documents the wild behind-the-scenes antics at a big New Year’s show.

You love “Dirty Rotten Scoundrels,” you’ve already forgotten that “The Hustle” existed, but before both of them came “Bedtime Story” (Kino Lorber Studio Classics), with David Niven and Marlon Brando hilariously playing heiress-fleeing conmen on the French Riviera; Lionsgate offers a 4K steelbook of Akira Kurosawa’s breathtaking “King Lear” riff “Ran” exclusively at Best Buy — the label’s other 4K exclusives include “T2: Judgment Day” and “Hacksaw Ridge” (both Best Buy) and a Blu-ray steelbook exclusive of “Wonder” (Target); as a mercenary coup-leader, Christopher Walken lets slip “The Dogs of War” (Scorpion Releasing); early Hitchcock talkie “Number Seventeen” (Kino Lorber Studio Classics) revolves around a group of thieves who’ve just pulled off a heist but have a detective on their tail.

Henri-Georges Clouzot’s legendary documentary “The Mystery of Picasso” (Milestone Film & Video) shows the artist creating a painting that exists only within this film; Jack Lemmon is a glib and comfortable Catholic priest dealing with a fiery young upstart (Zeljko Ivanek) in “Mass Appeal” (Code Red), the kind of literate, adult drama that could still be a box-office success 40 years ago; that was also a fertile period for Alan Alda, who wrote and starred in 1979’s “The Seduction of Joe Tynan” and the 1981 ensemble comedy “The Four Seasons” (both Kino Lorber Studio Classics) — the latter of which he also directed; groundbreaking in 1988 and still a singular cinematic achievement, “Who Framed Roger Rabbit?” (Disney Home Entertainment) gets its first 4K release.

Before “Werckmeister Harmonies” and “Sátántangó” came Béla Tarr’s brilliantly bleak “Damnation” (Arbelos); on the far end of the cinematic spectrum comes the animated feature “Beavis and Butthead Do America” (Paramount Pictures Home Entertainment), celebrating its 25th anniversary; best known to younger audiences as the inspiration for a running gag in the “Home Alone” movies, “Angels with Dirty Faces” (Warner Archive Collection) is a gangster classic, starring James Cagney and Humphrey Bogart; “The Fabulous Dorseys” (The Film Detective) stars Big Band legends Tommy and Jimmy as themselves in their own auto-biopic.

Fans of Studio Ghibli have had ample opportunities to own the studio’s output (in various formats, from multiple labels), but now devotees of Hayao Miyazaki can get their hands on one his first major credits, “Future Boy Conan”: The Complete Series (GKids), released for the first time in North America with a 4K restoration and new English dub. Set decades after a post-apocalyptic war, the series follows young Conan, raised on a distant island by his grandfather, only to have the world come crashing in when a troubled young girl washes ashore.

Also available: Whether you’re a fan of anime and Japanese pop culture, or buying gifts for someone who loves it, there are plenty of other essential options this month, including the exhaustive “Neon Genesis Evangelion”: Collector’s Edition (Shout Factory/GKids) with absolutely everything you’d want from the iconic series and films; “Goblin Slayer”: Season One steelbook (Funimation); The Ultimate Aang & Korra Blu-Ray Collection (Nickelodeon/Paramount); Dragon Ball Super Bundle (Parts 1-10) (Funimation); and “Ultraman: Gaia” (Mill Creek Entertainment).

Art Carney steps in for James Stewart in a 1958 live-TV version of “Harvey” (Liberation Hall), performed on “The DuPont Show of the Month” and co-starring Fred Gwynne, Jack Weston, Charlotte Rae, and a pre-“Bewitched” Elizabeth Montgomery; get the Trek fan in your life the bundle pack of “Star Trek: Discovery” – Season 1-3 (Paramount Home Entertainment) on Blu-ray, featuring more than 8 hours of special features; the 1976 TV movie “21 Hours at Munich” (Kino Lorber Studio Classics) recounts the terrorist incident at the 1972 Olympics.

Acorn has all your cozy-crime needs met with shows like “Jack Irish,” Season 3 and “Ms. Fisher’s Modern Murder Mysteries,” Series 2; a washed-up action star falls for a small-town guy in “I Am Syd Stone” (Dark Star Pictures); “Eli Roth’s History of Horror”: Season 2 (AMC/RLJE) continues its examination of the genre’s past.