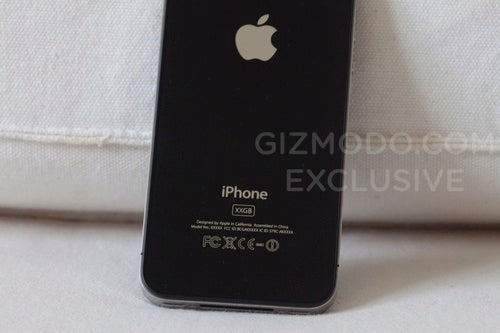 According to Gizmodo, which reached Powell on Monday by telephone, he sounded "tired and broken. But at least, he’s alive. And apparently, he may still be working at Apple."

There were two stories that had gadget geeks and nerds in-general abuzz on Monday. One — about a second volcano erupting in Iceland — was quickly debunked.

The other – about the purported discovery by Gizmodo of the new 4G iPhone — sent Apple nerds atwitter — on Twitter and elsewhere.

Among the new features, according to Gizmodo, are a front-facing video chat camera, improved camera, camera flash and an “entirely flat (back), made of either glass or ceramic or shiny plastic in order for the cell signal to poke through.” The new version is 3 grams heavier, has split volume button and “an aluminum border going completely around the outside.”

The story of how Gizmodo acquired the next generation iPhone (“It was found lost in a bar in Redwood City, camouflaged to look like an iPhone 3GS. We got it. We disassembled it.”) is a little hard to fathom. After all, this is Apple, a notoriously leak-conscious company that goes to great lengths to protect its intellectual property, and borderline Stasi-an in how it manages product launches. And this is Gawker, a company that in January put out a bounty on photos of the then-rumored Apple tablet.

Maybe someone really did find a camouflaged next-gen iPhone in a Redwood City bar and smuggled it over to Gizmodo for disassembly. If so, I wouldn’t want to be the absent-minded Apple developer with a hankering for whiskey. (As one Apple insider commented, "I wonder whose desk is going to be empty Monday?")

Apple did not immediately return a request seeking comment.

Whatever the case, the post is generating some serious traffic for Nick Denton.

According to Denton, the backstory on Gizmodo’s scoop "is coming — and it’s a corker."

Up Next for Apple: Concert Tickets?