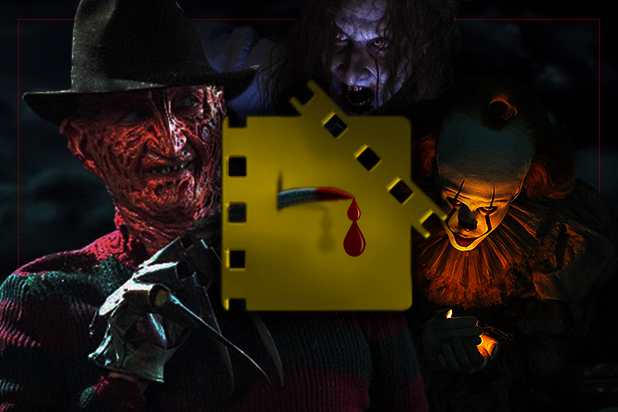 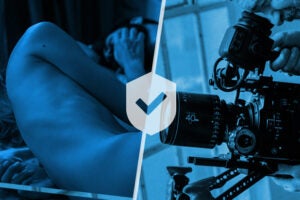 Safe ‘Sex’ on Set: Inside Hollywood’s Push for Intimacy Coordinators

New Line Cinema is currently enjoying a multi-year horror movie hot streak continued this weekend with “It: Chapter Two,” the sequel to a Stephen King adaptation that redefined what a horror film is capable of making at the box office. “It: Chapter One” was not only the first horror film to gross over $100 million in its opening weekend, it also went on to earn $700 million worldwide, and this month’s “Chapter Two” opened to $91 million and $185 million worldwide.

But New Line’s horror goldmine is familiar territory for a studio which was saved from failure 35 years ago by one of the most iconic franchises in the genre’s history.

In the early 1980s, New Line was in trouble. The distributor that had brought John Waters and Werner Herzog to theaters was trying to get into production, but its early films were struggling, and founder Robert Shaye needed a big hit to turn things around. Around the same time, top Hollywood studios were saying no again and again to horror auteur Wes Craven’s new idea for a movie about a monster that murders children in their dreams. But Shaye heard Craven’s pitch and he jumped to make it a New Line production.

The result, 1984’s “Nightmare on Elm Street,” was an instant horror classic that grossed $25 million, by far New Line’s biggest hit up to that point. Followed by a string of even more lucrative sequels, “Nightmare” launched a franchise that made New Line so successful it became known as “The House That Freddy Built.”

The financial success of the “Nightmare” franchise allowed New Line to find success in other genres, and in 1994, the same year Freddy bowed out of screens with “New Nightmare,” New Line was acquired by Turner and grew even further. The studio’s non-horror hits include dramas like “Menace II Society” and “Seven,” goofy comedies like “Dumb and Dumber,” the video game adaptation “Mortal Kombat,” the Jackie Chan hit “Rumble in the Bronx,” and more.

And in 2001, Shaye once again changed Hollywood by encouraging Peter Jackson to make his film adaptation of “The Lord of the Rings” into a trilogy that went on to become New Line’s biggest box office success yet. The trilogy’s third installment, “Lord of the Rings: The Return of the King,” not only won the Best Picture Oscar but also ranked as 2003’s most successful film with $1.120 billion earned.

But through that success in the 1990s and 2000s, horror was still a fundamental part of the New Line slate. Along with “Nightmare,” New Line developed another horror series with the more comedic creature feature “Critters.” In the late 90s, the studio blended horror with the rising superhero genre by releasing “Spawn” and “Blade.” And in the 2000s, New Line launched the “Final Destination” franchise.

“Horror has always been an important part of our DNA,” New Line president and chief content officer Carolyn Blackwood told TheWrap. “While we make films in various other genres, it’s something we’ve always wanted to have as part of the slate.”

But in the mid 2000s, New Line underwent a major change. The studio had trouble replicating the success of “LOTR” at the domestic box office; films like “The Golden Compass” did well overseas but weren’t as profitable because New Line did not have full distribution rights over it. In 2008, Time Warner ended New Line’s run as a separate entity, making it a production label under Warner Bros. Pictures.

For its first horror titles as part of the WB backlot, New Line rebooted “Nightmare” and “Friday the 13th,” with Jackie Earle Haley as Freddy and Derek Mears as Jason, replacing Robert Englund and Kane Hodder who had played the roles for decades. The reboots’ low budget ensured box office success, but poor critical and audience reception deterred any plans to build a new franchise.

So a year after the “Nightmare” reboot, New Line began work on something different that would tap into the growing interest in horror tales based on supposed true events: a film based on the accounts of occult investigators Ed and Lorraine Warren called “The Conjuring.”

When looking for a director, New Line found the perfect match with James Wan, the filmmaker who broke through with “Saw” and had just helped the nascent Blumhouse Productions begin its rise as one of the premier horror studios of the 2010s with “Insidious.” As it would turn out, Wan would be even more of a successful partner with New Line, who credits him as one of the major names that helped make horror more than just a stepping stone to other films.

“I think that for a long time, many filmmakers used horror as a way to show that they could do something visually interesting with a low budget and then just sort of move on,” Blackwood said. “James was someone who showed everyone else that you don’t have to move on. You can stay in horror and continue to make a name for yourself, and that leads to higher quality filmmaking.”

While Wan has expanded to bigger blockbusters like the billion-dollar grossers “Furious 7” and “Aquaman,” he’s been key to helping New Line Horror regain widespread recognition. He’s stayed on as a producer on the “Conjuring” sequels and spinoffs, which have created a horror franchise that has grossed nearly $1.8 billion from six films.

“‘The Conjuring’ was a rare horror film that made more overseas than it did domestically, and a large part of that was the lack of gore. International audiences don’t really respond to gore in horror,” New Line president and chief creative officer Richard Brener said. “And James backed that up with a level of quality that I don’t think horror has had since the ’70s. Being set in the 70s helped evoke that golden age of horror with films like ‘Alien’ and ‘The Exorcist.'”

And now New Line has added Stephen King and “It” to its pantheon of horror icons. For over 25 years, Tim Curry’s kooky but disturbing portrayal of Pennyworth the clown was the defining version of King’s most famous villain. But New Line used that legacy to its advantage, slowly teasing what Andy Muschietti’s take on Pennywise would look like until finally revealing in a trailer for the ages how this clown would be twice as vicious and hateful as Curry’s.

And if the success of Jordan Peele’s Blumhouse/Universal films “Get Out” and “Us” weren’t proof enough, the cast of “It: Chapter Two” shows how horror has become a magnet for some of the top actors in Hollywood, with “It:Chapter Two” featuring the likes of Jessica Chastain, Bill Hader and James McAvoy.

The future of New Line Horror is mostly under wraps right now except for “The Conjuring 3,” which arrives next year. What is known is that Wan will continue to be a part of the studio heading into the 2020s, as he is working on an untitled low-budget horror film for New Line before moving on to a sequel for “Aquaman.” And there’s always the chance that another Stephen King adaptation is on the horizon.

For now, horror fans are flocking back to The House That Freddy Built, and they seem to be enjoying the redecorating that Annabelle and Pennywise have done with the place.