A new Marvel game is on the way thanks to a partnership forged between Marvel Entertainment and Skydance New Media, the new interactive division of Skydance Media that’s being spearheaded by writer/director Amy Hennig (the “Uncharted” series). Skydance New Media and Marvel Entertainment will develop a new narrative driven, blockbuster action-adventure game that will feature a completely original story and take on the Marvel Universe.

The game – which is not yet titled, and for which plot details are being kept under wraps – will be the first initiative from Skydance New Media, a new AAA game studio which was formed by Hennig and Julian Beak and aims to “pioneer a new category of story-focused entertainment.”

“I can’t imagine a better partner than Marvel for our first game,” said Hennig, president, Skydance New Media. “The Marvel Universe epitomizes all the action, mystery and thrills of the pulp adventure genre that I adore and lends itself perfectly to an interactive experience. It’s an honor to be able to tell an original story with all the humanity, complexity, and humor that makes Marvel characters so enduring and to enable our players to embody these heroes that they love.” 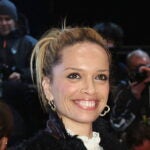 Also Read:
Victoria Mahoney to Direct ‘The Old Guard 2’ for Netflix and Skydance

“Amy has been setting the bar for narrative adventure games for decades and we are happy to be collaborating with the talented and experienced New Media team at Skydance,” said Jay Ong, executive vice president and head of Marvel Games. “Their ambition and vision for making innovative entertainment using beloved Marvel IP was obvious from our first meeting. We’re excited to share more with Marvel fans when the time is right.”

The announcement comes on the heels of the release of the AAA game “Marvel’s Avengers” by Crystal Dynamics and Square Enix. That Marvel game hit platforms in September 2020, but drew a somewhat mixed response from critics and gamers.

Skydance New Media has assembled a team of developers with AAA experience as well as a diverse team of creative consultants from the worlds of film, television and comics to bring this new game to life.