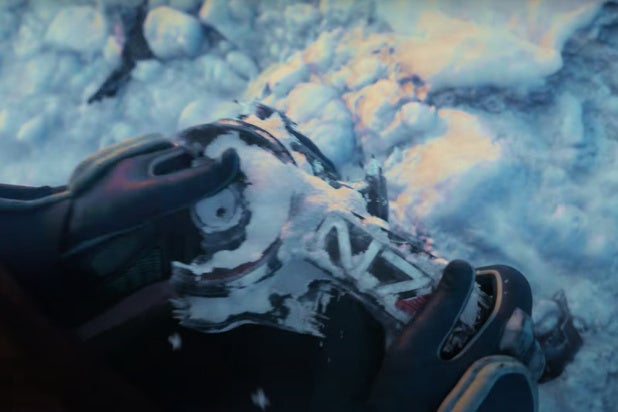 “Mass Effect: Andromeda” was a big miss for publisher Electronic Arts and developer Bioware, and judging by the  trailer shown at The Game Awards Thursday for a new, untitled “Mass Effect,” it looks like they’re returning to the Milky Way for the fifth game in the franchise rather than continuing where “Andromeda” left off.

While we still know basically nothing about where the next “Mass Effect” game will take us, the trailer makes it pretty clear — by highlighting Liara, one of the main characters from the original three games — that it’s instead going to pick up after the events of “Mass Effect 3” and stay in the Milky Way galaxy.

It would be easy enough for the next game to simply pretend that “Andromeda” never happened. After all, that game takes place in a different galaxy, the journey to that other galaxy began, canonically, before the Reapers invaded in “Mass Effect 3,” and there’s almost no story interaction between “Andromeda” and the original trilogy of games. At least nothing that would warrant addressing the spinoff in a new game that continues directly from “Mass Effect 3.”

Also Read: Gamers Roll Their Eyes at 'The Last of Us Part II' Winning Big at The Game Awards

But this trailer, at least, doesn’t ignore “Andromeda.” The first chunk of the trailer involves a camera swooping through space while we hear various radio broadcasts. This bit serves as a sort of timeline of human space travel in the “Mass Effect” universe, from Neil Armstrong’s moon landing, to first contact with the alien Turians, to humanity joining the Citadel. This segment of the trailer ends with the camera swooping past a destroyed Mass Relay — wreckage from the Reaper War.

But there’s another bit that’s very, very easy to miss if you’re not actively trying to hear what these distorted recordings are saying. The quote: “Ark 6 is away.”

This is in reference to one of the big ships that made the journey across the void between galaxies in “Andromeda.” Does this mean story in the next “Mass Effect” will actually deal with all that stuff in any way? Of course not. But the fact that it specifies “Ark 6” gives me some pause, and makes me wonder if there’s a bigger hint here.

In “Andromeda,” there are six total ships that make the trip, but only five of them are ever referred to as Arks. The sixth ship — and the first to arrive in the new galaxy — is the Nexus, a Citadel-esque mobile space station intended to be headquarters for the Andromeda Initiative as they explore and try to settle down on new planets.

But in the game, nobody ever refers to the Nexus as an Ark. It does serve as one, since it had its own crew that rode to the new galaxy on it, but nobody ever called it one. The Nexus is treated as a different sort of entity than the Arks, and for good reason — it’s much, much larger than the Arks.

So it could be that, for the purposes of this trailer, they’re counting the Nexus as an Ark. In that case, “Ark 6” would probably be Keelah Si’yah, the Quarian Ark, which left a bit after the rest of the ships. But if the Nexus doesn’t count as an Ark, then that would mean Ark 6 is an unknown quantity. And if this new “Mass Effect is introducing a new Andromeda Initiative Ark, then it would likely mean it’s pretty important to the upcoming game somehow.

Also Read: What You Need to Know About Ironheart, the New Marvel Superhero Coming to Disney+

But it’s very difficult to do the math on that since we know so very little about the next “Mass Effect” thus far. If we speculate further we’ll be entering the realm of baseless speculation. So for now, we’ll stop here.