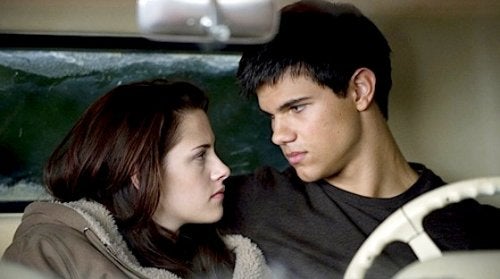 There are deleted scenes on the new "Twilight: New Moon" DVD — but only on the version available at Target.

First, Weitz announced in interviews that he was excited that the DVD would include deleted scenes. Then he apologized, claiming that he had misspoken.

"I hope people aren’t disappointed," Weitz told TheWrap, among others.  "I mistakenly said in an interview that there would be deleted scenes, but that was entirely my fault, as I had misunderstood and hadn’t yet looked at the DVD, and I apologize if I caused anyone any disappointment."

And Weitz was even more forthcoming in copping to his error in a recent interview with PopcornBiz. "I’m basically a big, fat liar," Weitz told the site. "I don’t want to get ‘Twilight’ fans banging down my door demanding deleted scenes."

Well, Weitz was right iIf you bought your copy from Wal-Mart, Borders or another retailer. You may have to content yourself with a six-part making-of documentary, director’s commentary or videos of some of the bands featured on the vampire romance’s soundtrack.

But a person close to the studio told TheWrap that, in fact, the scenes are available on Target’s versions.

And Weitz was even more forthcoming in copping to his error in a recent interview with PopcornBiz.

Wal-Mart, Borders and Target each sold special editions of the DVD with additional features that were unique to that retailer.

It was Target that really lucked out, getting exclusive rights to a three-disc version that includes the deleted scenes Weitz had promised earlier.