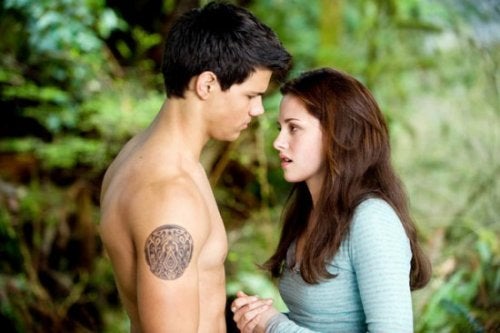 "New Moon" sank its teeth into the DVD sales chart over the weekend, leaving its predecessor, "Twilight" in the dust.

"New Moon" sold just over 4 million DVDs in its first weekend of release, Summit Entertainment announced on Tuesday. The vampire sequel’s opening numbers bested the first weekend sales of "Twilight," which moved 3.8 million DVDs. It went on to be the top selling DVD title of 2009 with 9.2 million units sold.

Just as it did with "Twilight," Summit decided to release the vampire romance on a Friday night instead of a typical Tuesday debut. In an age of declining DVD sales, that gambit paid off handsomely. Judging from last weekend’s take, the "New Moon" DVD seems poised to be one of the year’s top sellers.

“Once again the incredibly dedicated fans of the Twilight Saga came out in massive numbers this weekend for the opportunity to be one of the first take home the second movie in the series," Summit Entertainment’s Co-Chairmen Rob Friedman and Patrick Wachsberger said in a joint statement.

To gin up enthusiasm for the release, Summit deployed the film’s cast and director Chris Weitz to a series of midnight launch parties at some of the 7,000 retailers carrying the movie nationwide. Among the cast members appearing at launch parties were Peter Facinelli, who plays Dr. Carlisle Cullen, and Nikki Reed, who plays Rosalie Hale.

Sadly, for the hormonal teen girls who make up a large chunk of the films’ audiences, Taylor Lautner and Robert Pattinson were not on hand at any of the midnight events.