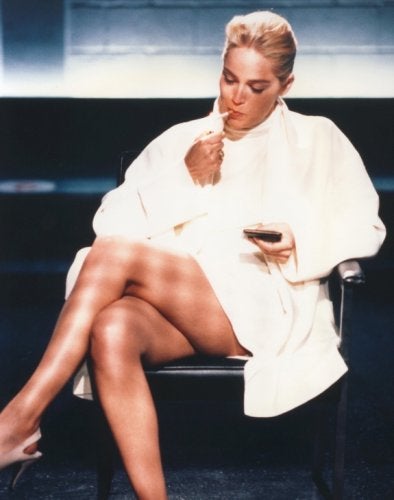 When "Chloe," a drama of sexual obsession and jealousy, was released in theaters last weekend, it landed with a whisper, not a bang.

GIven what’s on the internet these days, moviegoers just aren’t in the market for that anymore.

Not even the presence of current "it girl" Amanda Seyfried could keep "Chloe" from debuting to a mere $900,000 in just 350 theaters.

More recently, films like "Original Sin," "The Black Dahlia," "Deception," and "Perfect Stranger" featured big stars such as Angelina Jolie and Hugh Jackman, but failed to make much of a profit. Not even "The Brown Bunny"s’ promise of unsimulated oral sex with Chloe Sevigny could stimulate audiences. That 2003 drama made headlines with its sexual content, but only grossed $366,301.

"[Chloe] is a niche film, but back in their day movies like ‘Fatal Attraction’ were up there with the biggest of summer blockbusters," Jeff Bock, a box office analyst with Exhibitor Relations told TheWrap.

Starting with the 1995 bomb "Showgirls," which grossed $20.5 million on a $45 million budget, the list of turkeys has been awe inspiring. For every modest performer like "Obsessed" or "Unfaithful," there have been ten movies like "Jade," the 1995 stinker that grossed less than $10 million and killed David Caruso’s nascent movie career.

Though crowds lined up to see Sharon Stone’s nether regions in "Basic Instinct" more than 15 years ago, these days they prefer that stars keep their legs tightly crossed.

Even Stone’s return to the role that made her famous in 2006’s "Basic Instinct 2" was met with a paltry $38.6 million at the box office and multiple Razzie awards.

"Sex isn’t as special," Dean Keith Simonton, professor of psychology at the University of California, Davis and the author of a recent study arguing that sexually explicit films do worse at the box office. "People are more likely drawn to the theater to see something like ‘Avatar’ that’s in 3D and is a unique experience."

The box office chops of event pictures such as "Avatar" and family friendly fare like "Up," that bring in young and old alike, make studios wary of having their movies slapped with an R rating or worse yet, NC-17.

In the process, mainstream American cinema has been effectively neutered. Most studios shy away from releasing films under am NC-17 rating, because it will mean certain stations and newspapers won’t carry advertisements and some retailers won’t sell their DVDs.

Movies like "Last Tango in Paris" and "Midnight Cowboy" — the only X-rated movie to get a Best Picture Oscar — may have once seemed to proclaim a new frankness in sexual depictions in film, but more than three decades later, it is a promise that remains unrealized.

While auteurs like Stanley Kubrick may try their hand at graphic sexuality in a film like "Eyes Wide Shut," these movies make little impact at the box office and have remained the province of adventurous foreign directors such as Pedro Almodóvar and Alfonso Cuarón.

"It is a problematic genre, and it has to hit just right to work," Vincent Bruzzese, president of the motion picture group at the research firm Online Testing Exchange. "These movies can hit too close to home. Movies about infidelity, which many of these are, are hard sells. Women don’t want to see men cheating and guys aren’t chomping at the bit to see women seek vengeance for being cheated on." 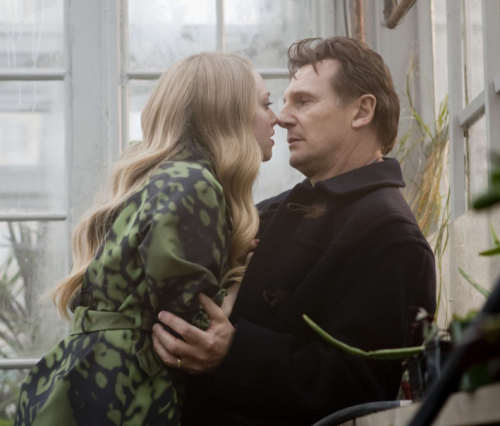 A surer box office bet is to have sex appear as either icing on an action-heavy cake, as in "Mr. and Mrs. Smith" and "Transformers," or as sight gags in comedies like "Superbad" or last weekend’s "Hot Tub Time Machine."

"There’s a kind of prolonged adolescence in American movies," Linda Williams, professor of film studies at the University of California, Berkeley, told TheWrap. "We’re very nervous about adult sexuality, so we need to mix it in with fart and penis jokes to make it less threatening. We have to laugh about our embarrassment with sex."

Tellingly, movies like "American Pie" sell gross out humor rather than sexual couplings and films such as the upcoming "Sex and the City 2," spend their advertising dollars stressing the female bonding aspects of the plot rather than the bedroom action.

To be sure, sex still sells, just not at the multiplex.

In place of mainstream movies, sexually frank entertainment has migrated to other mediums. Hit TV shows like "Californication," "Spartacus" and "True Blood" use graphic depictions of sex and flesh to attract audiences; Lady Gaga and Britney Spears have become pop music sensations through sexually provocative lyrics, and Jackie Collins is one of the bestselling authors of all time due to her steamy roman a clefs.

"Some of these shows and other things seem to exist merely to display naked bodies and sex scenes," Williams said.

At the movies, that doesn’t cut it.