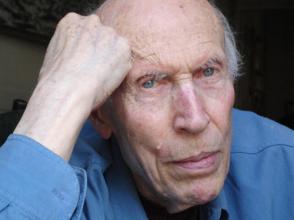 Éric Rohmer, the french "New Wave" director behind such notable films as "Love in the Afternoon" and "My Night at Maud’s" is dead, his production house announced on Monday. He was 89.

Over a career that spanned more than four decades, Rohmer was nominated for an Oscar for "Maud’s" and won a best film award  at the 1970 San Sebastian Film Festival for "Claire’s Knee."

In addition to his film work, Rohmer was the editor of the Cahiers du cinema, the famous French film journal,  from 1957 to 1963 where he worked  alongside such other "New Wave" pioneers as Jean-Luc Godard and Francois Truffaut.

Rohmer had an understated and deliberate style that shunned conventional narrative techniques and easy resolutions. His characters often engaged in long, meandering conversations about literature and philosophy.

Among his innovations, Rohmer refused to have his films traditionally scored, insisting that all the music on the soundtrack must come from an onscreen source like a radio or a concert.

It was an approach to filmmaking that earned Rohmer critiical plaudits, but often alienated viewers. The lead character, a detective played by Gene Hackman in Arthur Penn’s "Night Moves" (1975) spoke for many moviegoers when he quipped: "I saw a Rohmer movie once. It was kind of like watching paint dry.”

The director’s last film was 2007’s "Romance of Astree and Celadon," a story of infidelity set in fifth-century druidic Gaul.

Somewhat improbably, Rohmer’s "Love in the Afternoon" inspired the 2007 Chris Rock comedy "I Think I Love My Wife."

Rohmer is survived by a younger brother, the philosopher René Schérer, and a son, the journalist René Monzat.