Yesterday, TV MoJoe offered up some New Year’s resolutions for Leslie Moonves and four other famous folks (click here for that story). Today, our  end-of-year meddling wraps up with more unsolicited suggestions for another batch of TV powers. 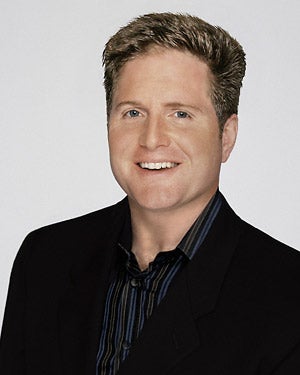 freshman comedy series his No. 1 priority in 2010. As successful as "Modern Family" has been, and as promising as "The Middle" and "Cougar Town" are, all three shows are extremely fragile right now and need to be treated as such in order to ensure their long-term viability.

So just how do you nurture a young comedy? For starters, give the creators plenty of time to map out the second half of this season and all of next — even if it means the shows don’t start season two until October. Don’t push to produce 24 or 26 episodes right away, as attractive as that option might seem. And don’t decide to get cheap when it comes time to staff up for next season and the studio asks for more money.

In addition, take every opportunity this summer to expose the world beyond ABC to these three comedy gems.

Getting "Cougar Town" repeats all over Lifetime between May and September should be easy given ABC’s ownership stake in the network. But why not get innovative and see if Nick at Nite would take a summer run of "The Middle" or "Modern Family"? After all, that network has a stake in ensuring there’s a new supply of family comedies in the pipeline, too. 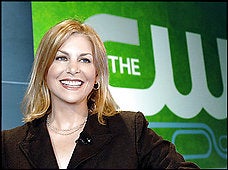 Dawn Ostroff, the head of entertainment at the CW, must resolve now to stop developing any concept that’s aremake or reimagining of an existing franchise. She should take that idea a step further and ban herself from even considering any concept that comes from the brain of any writer or producer who’s already had a hit show, whether it’s Ashton Kutcher or Amy Sherman – Palladino.

Such a pledge, of course, could get Ostroff fired, since it flies in the face of Hollywood development logic (tried and true= safe and sound). But to thrive, the CW needs to become a true alternative — not just a younger, more female version of Fox.

Ostroff and her higher-ups probably already know all this. The network’s biggest success stories — "Gossip Girl," "The Vampire Diaries" and, fingers crossed, the upcoming "Life Unexpected" — all felt fresh and new at birth. By contrast, while this year’s "Melrose Place" revival was actually pretty well done, viewers just weren’t buying it from the CW.

As for banning past hitmakers from the network, the thinking here is to make the CW a home for creatives who have yet to prove themselves — folks who will soak their entire being into crafting the best possible TV show. If the CW wants to pair these writers with more established producers to help guide the process, fine; but the vision behind the CW’s programming ought to be as young as the network itself.

Linda Bell Blue and Rob Silverstein, the respective evil geniuses who run "Entertainment Tonight" and "Access Hollywood," should vow to return both shows to their real news roots in 2010. Or at the very least, stop their shows’ sad evolution into video freak shows.

Given how desperate all of us in media are to hold on to audiences, nobody expects "ET" or "AH" to be CNN-like in their approach to showbiz. A certain amount of Lindsay Lohan updates and wall-to-wall Michael Jackson coverage is unavoidable, and even understandable.

But does "ET" really need to do stories on morbidly obese or scary skinny non-celebrities to get eyeballs? Is this really the best environment to showcase the talents of Mary Hart, a working TV legend whose legacy is tainted just a little bit with each crap-tastic tabloid story she’s forced to introduce?

And must "AH," until recently known for its actually insightful reporting, keep pushing real news off the air to make room for more lame gossip? Given how passionate entertainment consumers are about movies and TV these days, isn’t there room for a half-hour each night devoted to real showbiz news?

Bell Blue and Silverstein are two of TV’s best producers, not to mention fierce competitors. They can do better. 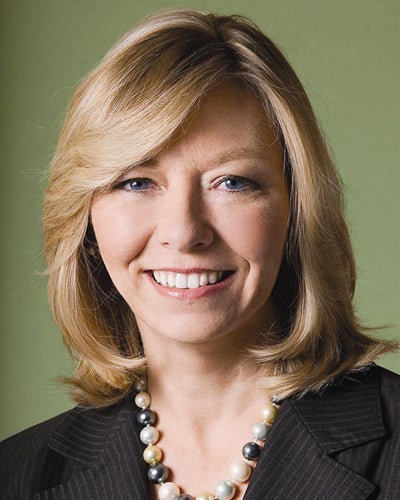 Nielsen chief Susan Whiting should resolve to resign — or get serious about cleaning up her company’s track record for delivering ratings information to network.

Forget about the frequent processing delays that often make waiting for data as painful as rush hour on LA’s 405 freeway. The fact is, Nielsen’s numbers are increasingly being questioned by network executives who don’t think the ratings giant is keeping up with how viewers tune in shows these days.

Indeed, it seems Nielsen spends more time chastising web sites that report its numbers in a way it doesn’t like than figuring out how to make sure it’s measuring viewership properly in the first place. Hard to believe that in 2010, Nielsen actually still expects viewers to write down their programming choices in paper diaries that seemed liked they were designed during the Reagan years.

Whiting needs to put together a Marshall Plan-like initiative to reform Nielsen, working closely with networks to address the problems that have forced the networks to start mulling alternatives. Otherwise, Nielsen’s stature in the TV community could soon rank lower than an episode of "Brothers." 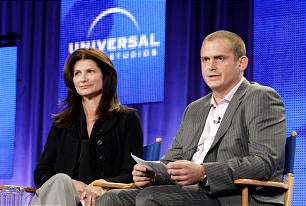 Let’s face it: Both executives have about a year, perhaps 18 months, to start showing signs of real progress at the Peacock. Once Comcast takes control in 2011, it’s hard to see the new bosses tolerating mired-in-fourth status — or the executives responsible for not turning things around.

So it’s time to pull a Tim McGraw, and live like you were dying. Start greenlighting the most interesting, ambitious projects you can find. Experiment with new ways of scheduling shows. Cancel anything you know to be crap, no matter the relationships involved.

Pollyannish? Perhaps. After all, Bromstad and Telegdy don’t have an ATM card that lets them spend whatever they want. The two Jeffs — Gaspin and Zucker — make most of the big calls.

But NBC’s entertainment bosses have nothing to lose by trying to be bold. If Zucker or Gaspin block them, speak out. Give an interview to Variety or TheWrap or the Jewish Journal expressing your frustration. Go down swinging.

Even if you don’t save NBC, you might just boost your careers.