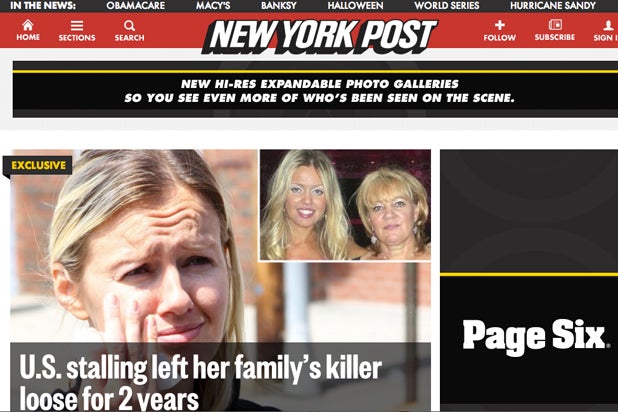 A lawsuit filed against the New York Post and its editor in chief Col Allan will go to trial after a judge struck down the paper’s attempt to dismiss it on Tuesday.

Sandra Guzman sued the company in 2009, accusing it of creating a sexually and racially hostile environment and terminating her employment in retaliation when she complained.

“We are extremely pleased with Judge Schofield’s thoughtful decision and we look forward to a public jury trial so that we can expose the racist behavior of the New York Post and Col Allan,” said Guzman’s lawyer, Douglas Wigdor.

Guzman worked for the Post as an associate editor for its Tempo magazine from 2003 until 2009, when the magazine stopped publication and she was laid off. She sued the paper that year, and the case has been tied up in courts ever since.

In the decision, the judge wrote that Guzman accused the Post employees of sleeping with interns “while promising them jobs,” that Allan frequented strip clubs during the work day and showed off photos of male genitals he had stored on his BlackBerry, that there was “sexualized behavior at the Post office parties,” and that the newsroom was a hostile environment for Guzman as both a woman and a person of Hispanic descent.

Guzman said she heard Allan refer to female editors as “old bitches” and that Broadway columnist Michael Riedel “regularly greeted Ms. Guzman by singing ‘I Want to Live in America’ from ‘West Side Story’ with a Spanish accent” and once called her “Cha Cha #1.”

Guzman’s issues with the atmosphere of her six-year employer came to a head in February 2009 when the Post published a controversial editorial cartoon depicting two police officers shooting a monkey that some interpreted to be newly-elected President Obama. Guzman made her feelings about the cartoon known but was told “to stop listening to Al Sharpton.” She believes her dismissal seven months later was a result of that.

While the Post maintained that Guzman did not have sufficient evidence to back any of her claims, the judge ruled that there was enough for the case against the Post and Allan to be heard by a jury. News Corp, which Guzman also sued, was granted a motion to dismiss.

“We are pleased that the claims against News Corp were thrown out,” a spokeswoman for the New York Post told TheWrap. “We look forward to presenting the truth about the remaining charges – which are completely unfounded – to a jury.”

In its May filing about the case, the Post said “Guzman bases her hostile work environment claims on scant evidence and much hyperbole, and they fail upon examination of admissible evidence. Her race, national origin and color claims rely on three isolated and trivial episodes over her six years of employment: she was once greeted as ‘Cha Cha'; she was once asked if candles in her office related to ‘Santeria’ or ‘Voodoo'; and the Post’s Broadway columnist, with whom she admits to being ‘friendly,’ sang ‘I Want To Live In America’ in a Spanish accent, as it was performed in the Broadway musical ‘West Side Story’ on no more than three occasions.”

The newspaper also stood behind its editor, saying his “alleged conduct was so minor and inoffensive that he played no role in any purported hostile environment.”