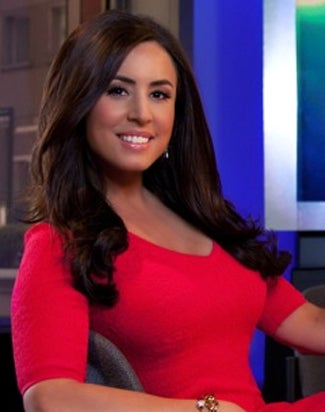 Fox News’ “The Five” host Andrea Tantaros has sued Talk Radio Network, the home of her morning talk show, accusing the company of fraud and breaching its contract with the conservative media star, leaving her with a nearly staff-less show that could only book “‘C-list’ quality guests.”

Tantaros, who is currently featured on the cover of “Radio Ink,” was not so hot on her (now former) radio bosses when she filed a lawsuit against them on Thursday. She also sent a letter to TRN terminating her employment agreement on Wednesday, the suit said.

“This is a situation entirely of TRN’s own making,” Tantaros’ lawyer, Joseph Cane, told TheWrap. “TRN’s dire financial troubles have unfortunately affected its ability to uphold multiple contact responsibilities to Ms. Tantaros. Andrea loves doing radio, values her
affiliates and has fulfilled the duties of her contract for the past two months while TRN has kept her in the dark, fired her staff, and the staff at TRN necessary to sell the show to advertisers.”

In the suit, Tantaros said that TRN’s president and CEO Mark Masters made several false statements to recruit her for a radio show, including that Laura Ingraham, whose show Tantaros replaced, “was a nightmare, difficult to deal with, and an impossible and unfair negotiator and that is why Defendant TRN was planning to part ways with Ms. Ingraham and why her coveted time slot would be available.”

TRN also promised to invest millions of dollars into promoting Tantaros’ new show to the approximately 300 local stations with which it had syndication deals. Tantaros’ decision to enter into a contract with TRN was based on those statements; as her salary was determined by a combination of a fixed rate ($300,000) and a percentage of revenue, TRN’s ability to earn that revenue was important.

Tantaros signed the contract in December, only to later discover that TRN had sued one of its biggest syndicators (which TRN itself claimed in its lawsuit controlled 95 percent of advertising revenues for syndicated radio talk shows like Tantaros’) several months earlier, which she said was not disclosed to her.

“TRN induced Andrea into the contract based on a set of material misrepresentations of fact,” Cane said.

According to the lawsuit: “At the time Defendant TRN’s CEO, Mr. Masters, was wooing and soliciting Plaintiffs to enter into the Host Agreement and the Guaranty with it for the Tantaros Show, Defendant TRN did not disclose the existence of the Dial Global lawsuit to Plaintiffs and further did not disclose that it was in a dispute with one of the largest advertising sales syndicators in the United States.”

Making matters worse, the suit says, TRN “laid off most of its staff and many others simultaneously ‘resigned’ from their positions, including, and critically, most of Defendant TRN’s sales team.” Some of those staffers worked on Tantaros’ show and were replaced by members of Mark Masters’ family.

“Plaintiff Tantaros found herself in a situation wherein she no longer had a competent executive producer, a full-time call screener, a paid assistant, or a sound effects manager, and further, had either no guests or only decidedly ‘C-list’ quality guests, was provided with no research for the third-rate guests that were booked for the Tantaros Show, a lack of sufficient research for the topics at hand, provided with no editorial guidance, and she was expected by Defendant TRN to basically produce her own show,” the suit said.

“In addition, there no longer was any meaningful sales force to sell her program to advertisers or potential advertisers and there was no affiliate relations staff at Defendant TRN to service the needs or the requests of the Tantaros Show’s affiliates.”

TRN’s “implosion,” the suit said, has caused Tantaros’ own brand and reputation to suffer. Her Fox News employer has “repeatedly expressed its concern at the implosion of Defendant TRN.”

Tantaros said she is still owed “several” salary payments; those complaints echo a Talkers Magazine report in September about the shuttering of its America’s Radio News Network, in which several former employees complained that TRN owed them money.

“Rather than attempting to facilitate a solution to the many issues at hand, TRN would prefer to do nothing, including not pay its talent,” Cane said. “This is indeed unfortunate … although Andrea wanted to continue to be a loyal trooper, TRN left her with no choice but to leave to mitigate damage.”

TRN has lost several prominent hosts recently, including Laura Ingraham and Michael Savage in 2012 and Phil Hendrie in 2013. With Tantaros out, TRN will lose the seventh-rated talk radio show in the country.

Tantaros is asking for an unspecified punitive damages.

Pamela Chelin contributed to this reported.