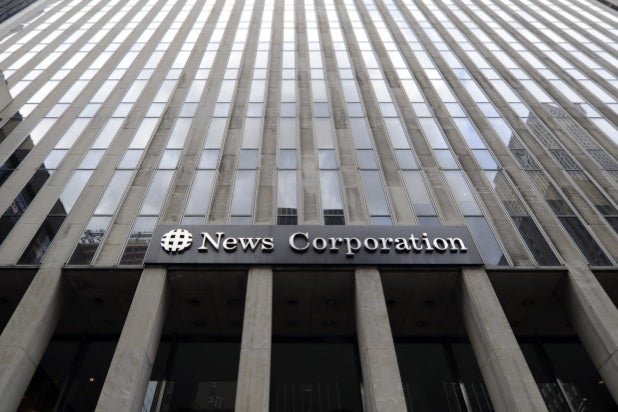 On Monday, the Sun, a U.K.-based tabloid owned by Rupert Murdoch’s News Corp, pulled its version of a controversial story about a New York City paramedic with an OnlyFans account.

The story originally ran on Saturday in the New York Post, also a News Corp property. As of Monday evening, the story was still up on the Post’s site, while Sun readers were met with a generic landing page where the story once was, as first noted by the Shooting the Messenger blog. The landing page reads, “Sorry, page unavailable. We can’t seem to find what you’re looking for. Try our search below or return to our homepage.”

A representative for the Post did not immediately respond when asked if the American tabloid will follow suit, and a representative for the Sun did not respond to a request for elaboration on the story’s deletion. Investigative blogger Peter Heimlich — whose reporting revealed that Britain’s independent press regulator IPSO allows member publishers to pull content without explanation — pointed TheWrap to his previous comments that the practice “puts the authority of editors above the public’s right to know” and “leaves open the door to countless opportunities for misconduct.”

Outrage over the piece hit a fever pitch this weekend as journalists, readers and even Rep. Alexandria Ocasio-Cortez lambasted the Post for naming the paramedic who “makes ends meet” by posting nudes on the subscription platform OnlyFans.

In a GoFundMe donation website set up after the Post piece’s Saturday release, Lauren Kwei wrote, “Most of the quotes in that article are me defending myself to this reporter. He did not include that I begged him to remain anonymous (which was never agreed to) and that I told him my safety and job were going to be at risk if he posted this article. He truly did not care.”

She added, “He went on to call my employer and my mother. As some of you may know, I’ve been home with my family in [West Virginia] following my father going into cardiac arrest last week. I have not been able to speak with my employer because of this and I still do not know what they are going to do.”

The Post article in question — published with the headline “NYC medic helped ‘make ends meet’ with racy OnlyFans side gig” — is co-bylined by Dean Balsamini and Susan Edelman. A representative for the Post did not return a request for comment on the backlash or editorial process behind the story.

Also Read: '20/20' in a Pandemic: How ABC News Solved Its Remote Production (and Bathroom) Problems

Yahoo News national correspondent Alexander Nazarayan pointed out that the article mentioned Kwei had three jobs, but “one of them apparently displeased the New York Post, so now she may have none.” Numerous others accused the tabloid of “slut shaming” and questioned the point of writing an entire article about a woman who is not a public figure, as opposed to one about the broader issue of how the pandemic has affected workers’ finances.

Journalists called the piece “sh—” and Ocasio-Cortez weighed in, writing, “Leave her alone. The actual scandalous headline here is ‘Medics in the United States need two jobs to survive.'”

Activist Charlotte Clymer summed up the situation like this: “Let me get this straight: this woman is risking her life during COVID to save the lives of others during the day and otherwise supplements her income by engaging in an activity in which literally no one is being hurt and no laws are being broken, and you’re publicly shaming her?”