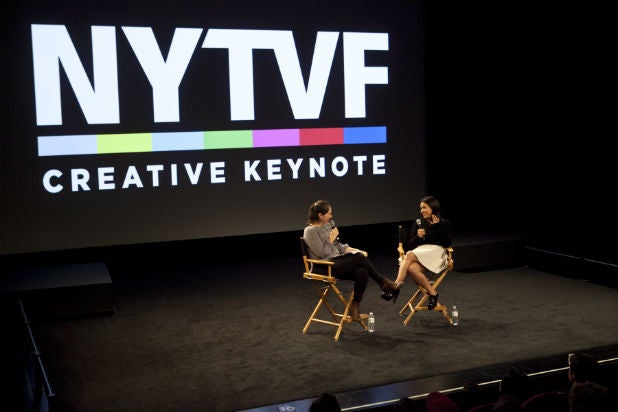 “House of Cards” showrunner Beau Willimon was on hand Saturday for the closing night of the 10th annual New York Television Festival where independent artists, industry executives and TV fans celebrated a record number of development deals, including two series orders and a pilot presentation.

NYTVF, which celebrates independent television, and its partners saw 32 development deals awarded to television creators in 2014, up from 30 in 2013. Twenty of those deals were made during the fest. Among the top deals were direct-to-series green lights from The Orchard and Travel Channel/ULIVE, and the development of an unscripted pilot presentation with A&E Network.

Among the honors awarded on Saturday night was the NYTVF Critics Award which went to “Witnesses,” created by created by David Eisenberg and Jon Higgins. The Best of the Fest award was given to “Dispatch,” created by Dan Berk and Robert Olsen.

Of the nearly 2,000 submissions received this year, 121 projects were selected for the Independent Pilot Competition or as finalists/semi-finalists in other development initiatives.

Highlights of the Oct. 20-25 event included conversations with top showrunners Carlton Cuse (“The Strain”), Jenni Konner (“Girls”) as well as the U.S. premiere of “The Game,” which is an upcoming BBC spy drama about America’s involvement in the Cold War.

“We had a fantastic week with more events, projects, deals, and overall artist and industry participation than ever before. It was a terrific way to celebrate our tenth festival,” NYTVF founder and executive director Terence Gray said. “In the last decade the festival has grown from a screening and panel series to an international talent and content marketplace that has solidified its place on the TV industry calendar. By drawing thousands of submissions annually, we continue to attract the best talent, and connect them with our development partners who over the years have guaranteed indie TV artists more than 100 development deals and counting.”