The New York Times will buy the sports-news operation The Athletic for $550 million in cash, the company announced Thursday.

The Athletic will continue to be operated separately from The Times’ newsroom and sports section, the paper said, though longtime Times executive David Perpich will assume the role of publisher.

Alex Mather and Adam Hansmann, who jointly launched The Athletic in 2016, will remain as co-presidents; Mather will also serve as general manager, while Hansmann will become chief operating officer. 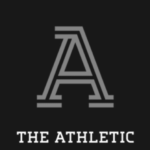 “We started The Athletic to bring fans closer to the teams, players and leagues they love through deep, immersive journalism and storytelling,” Mather and Hansmann said in a statement. “Today marks a thrilling milestone for that dream, one realized because of the hard work of every single one of our employees. We are proud to have The Athletic become part of the Times Company’s family of subscription products.”

The Athletic has been looking for a buyer for months. Initial talks with not only the Times, but Axios, fell through in 2020 and in September, the company hired LionTree investment bank as it looked for funding and explored a sale at a value that was estimated could reach $750 million.

In the summer of 2020, 8% of the Athletic’s staffers were laid off and all remaining staffers had their salaries temporarily cut as digital media suffered the effects of the coronavirus pandemic.

“With sports on pause due to the ongoing pandemic, today we made the difficult decision to reduce the size of our staff in select coverage areas,” a representative told TheWrap at the time, adding they were hopeful sports would resume (which they did) but the measure was “necessary to ensure that the company can weather the uncertainty that lies ahead.”