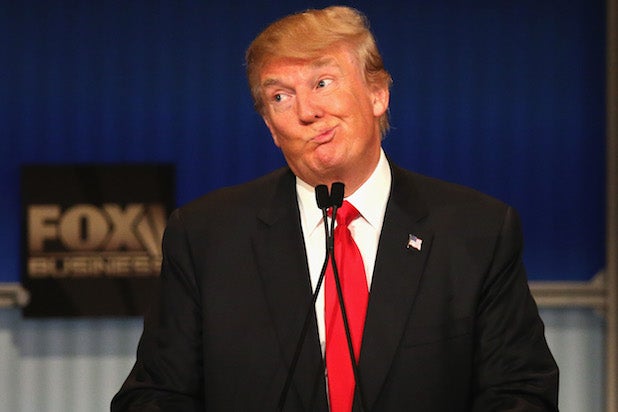 Donald Trump became an early Christmas present for New York Times columnists when he launched his rollercoaster ride of a presidential campaign.

So columnist Gail Collins decided to give back to the Donald in the form of a new Christmas carol. Naturally, it oozed with sarcasm and criticism for the polarizing real-estate-mogul-turned-presidential-candidate.

Headlined “The Donald Trump Days of Christmas,” Collins explained that his is a campaign “where the insults are meeting a new norm. Thanks almost entirely to the front-runner.”

She then wrote a new Christmas carol, courtesy of the Donald’s most outlandish comments.

On the seventh day of Christmas, he gave to you and me …

Thousands of Muslims partying on 9/11!

And a bromance with Vladimir Putin.

Trump has taken no time to relax and sip some eggnog. On Christmas Eve and Christmas, the GOP frontrunner was at his Twitter best, railing against President Obama, Hillary Clinton and “Meet the Press” moderator Chuck Todd.

As TheWrap reported, love him or hate him, Trump was certainly one of the biggest media winners of 2015.

The former reality TV star has created an immovable position in the news cycle for himself, with television news networks and digital sites tossing him all the free publicity he can hope for.