The New York Times added 455,000 new digital subscribers in the third quarter of 2021, with 320,000 subscribing for journalism and the rest subscribing for games, cooking and Wirecutter, the product review site that was paywalled in September. The storied paper now has 8.4 million subscribers overall, which puts it well on track to hit leadership’s goal of 8.5 million subscribers by year’s end and 10 million by 2025. Of the 8.4 million, 7.6 million are digital. Notably, over 1 million are international.

In a statement Wednesday, New York Times Company CEO Meredith Kopit Levien said, “This was our best third-quarter performance in both News and total net subscription additions since the launch of the digital pay model more than a decade ago, and, outside of 2020, our best quarter ever for digital subscription additions.” 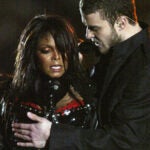 Print subscribers were down in the third quarter, which is not unusual for a news company. They fell to 795,000 in the quarter. In the same quarter last year, they sat at 831,000. Total revenue was up 19% for the quarter, which Levien attributed to “strong digital subscription and total advertising revenue growth.” Because of that, she said, “profit grew despite and increase in costs.”

In its Wednesday earnings announcement, the Times said its adjusted operating profit of $65.1 million was a 15% increase over Q3 2020. Diluted earnings per share sat at $0.32 compared to the $0.20 of Q3 2020. Revenue totals from subscriptions, advertising and other sources are all up compared to the third quarter of 2020.

“While it was a busy news period with a wide range of topics capturing the public’s attention, our subscription performance was also the result of actions we’ve taken to improve conversion and to begin to differentiate the subscriber experience in order to showcase its benefits to prospects and to drive retention,” said Levien.