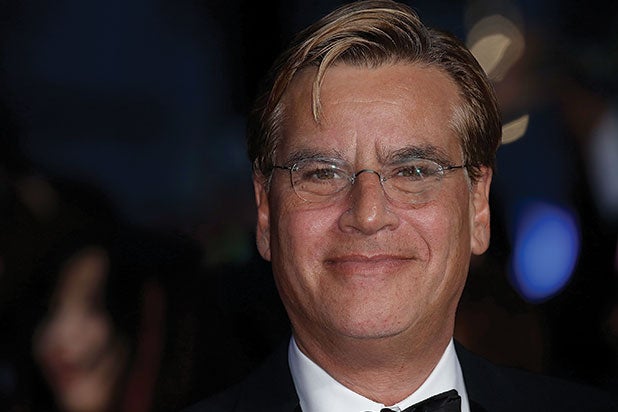 Aaron Sorkin has been named the recipient of the Writers Guild of America, West’s 2017 Paddy Chayefsky Laurel Award for Television Writing Achievement for his outstanding career and body of work in writing for television.

The Emmy-winning creator of “The West Wing” and Academy Award-winning screenwriter of “The Social Network” will be honored at the WGAW’s 2017 Writers Guild Awards West Coast ceremony on Sunday, Feb. 19, at The Beverly Hilton in Beverly Hills.

“Starting with ‘Sports Night,’ through ‘The West Wing,’ ‘Studio 60 on the Sunset Strip,” The Newsroom’ and beyond, Aaron Sorkin has changed the language of television. His knowing, incisive, witty, brave, deeply intelligent writing has raised the bar for the rest of us, defined the notion of behind-the-scenes, and has in the process reminded us, again and again, of the special responsibilities that accrue to our profession,” said WGAW President Howard A. Rodman.

“For as long as people walk and talk — at the same time, of course — Sorkin’s dialogue will be remembered. But more crucially, we want to remember the ways he has always encouraged us, as humans and as citizens, to heed our better angels,” added Rodman.

“I’m honored to be chosen for this year’s Chayefsky Award and to join such esteemed company. There’s a lot to live up to here,” said Sorkin.

Sorkin, also a playwright, made his Broadway debut at 28 with the award-winning military courtroom drama “A Few Good Men,” after graduating from Syracuse University with a B.F.A. in Theatre. Sorkin adapted his script for the big screen in 1993. The film, starring Tom Cruise, Demi Moore and Jack Nicholson, earned four Oscars, including Best Picture. It also grabbed five Golden Globes, including Best Screenplay.

From there, Sorkin’s body of screenplay work grew steady with 1993’s “Malice” and 1995’s “The American President.” He made his foray into television with NBC’s White House drama “The West Wing,” which won nine Emmys in its first season alone. (It won a total of 26 Primetime Emmy Awards during its seven years on air.)

Sorkin continued to win awards and receive nominations for his shows “Sports Night” and “Studio 60 on the Sunset Strip.”

Sorkin pivoted back to film with 2011’s award-winning “The Social Network,” for which he received an Academy Award, a Writers Guild Award, a Golden Globe, a Critics Choice award, a BAFTA, and a USC Scripter Awards for Best Adapted Screenplay.

Sorkin earned nominations and awards for 2011’s “Moneyball,” which he adapted to the screen along with co-writer Steven Zaillian, and story by Stan Chervin (based on the book by Michael Lewis).

The prolific screenwriter returned to television in 2012, creating the lauded HBO series, “The Newsroom,” which aired from 2012 to 2014.

Sorkin’s other screenwriting credits include the 2007’s “Charlie Wilson’s War” and the 2007 stage production “The Farnsworth Invention.”

Sorkin makes his directorial debut with upcoming film “Molly’s Game,” based on the personal memoir by Molly Bloom, an Olympic-class skier who ran the world’s most exclusive high-stakes poker game for a decade before being arrested. The upcoming Mark Gordon Company and Entertainment One film, set for U.S. distribution by STX, is due out next year and stars Jessica Chastain, Idris Elba and Kevin Costner.

Sorkin will also be returning to NBC with a live presentation of his play, “A Few Good Men,” also slated for 2017.

He is also penning a stage adaptation of Harper Lee’s “To Kill a Mockingbird,” set to premiere during the 2017-2018 Broadway season.

Named after one of the most influential writers in entertainment history, the Paddy Chayefsky Laurel Award for Television Writing Achievement is the WGAW’s highest award for television writing, given to writers who have advanced the literature of television throughout the years and made outstanding contributions to the profession of the television writer.