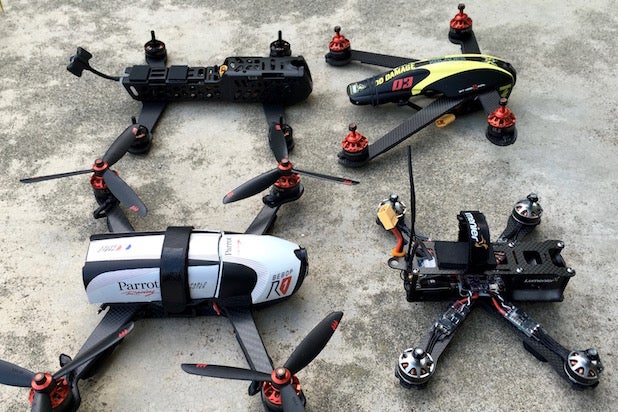 “Drone racing is currently seeing an unprecedented rise in popularity and is poised to become the next behemoth racing sport alongside NASCAR and Formula 1,” Disney’s network said in a blog post.

Following both events, an ESPN network will televise one-hour specials recounting the championships.

“Drone racing gives anyone the ability to fly like a superhero,” said Dr. Scot Refsland, chairman of the IDRA.

In the sport, contestants fly drones — small, multi-propeller aircraft — at high speeds around a racecourse. Pilots watch live video from a camera mounted on the front of the aircraft delivered to goggles over their eyes, and viewers can also watch the “first-person view.”

It follows ESPN’s move earlier this year adding a corner of its website dedicated to competitive video-game coverage known as eSports.

The move is the latest by one of the biggest brands in televised sports to cater to a growing, rabid audience for gaming as spectator entertainment. Watching other people play video games has surged in popularity, with competitions selling out stadiums and live-streaming sites like Twitch generating greater traffic than TV-streamers like Hulu.