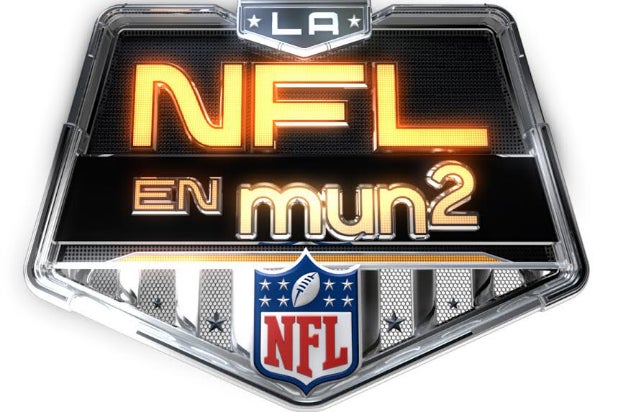 NBCUniversal’s Hispanic cable network, mun2, is set to broadcast several National Football League games from the current season in Spanish. And for what it’s worth, they’re not lame-duck match-ups, either.

Additionally, mun2 will offer a Wild Card game and a Divisional Playoff game, as well as the exclusive Spanish-language telecast of Super Bowl XLIX in Glendale, Ari. on Feb. 1,  2015.

“We are extremely proud to be making history by offering for the first time ever on our air the biggest sports event in U.S., the Super Bowl, in Spanish,” said Ruben Mendiola, president of mun2. “Thanks to our partnership with NBC Sports Group, we are going to be able to bring the most culturally relevant coverage of the NFL’s biggest game to the valuable and passionate Latino fans in their own language.”