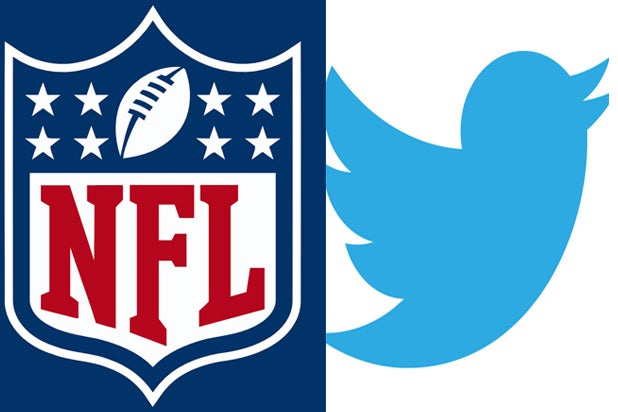 Thursday night, millions of Americans will choose between joining their families at the dinner table and watching the Pittsburgh Steelers take on the Indianapolis Colts. Through the NFL’s deal with Twitter, they technically could have had it both ways — but the league decided against giving them that option.

That’s good news for NBC, which is televising , but the National Football League might be blowing its best opportunity to demonstrate the potential of football on Twitter. Banking on family members wanting to do anything but talk to each other on Thanksgiving — especially given the decaying state of political discourse — seems like a much safer bet than any of the action Vegas is taking on the games.

The NFL agreed on a deal with Twitter in April to stream 10 Thursday Night Football games that were already being simulcast on both the NFL Network and either CBS or NBC. One notable exception to this “tri-cast”: the Thanksgiving night game, which the league has scheduled every year since 2006.

Twitter’s live stream has won accolades for its technical reliability and user interface — and the fact that people without Twitter accounts can watch — but it hasn’t delivered the goods advertisers were looking for yet.

That blame doesn’t necessarily reside with Twitter — as can be expected from a series of games featuring two teams on short rest, the product itself has been pretty bad. Many of the Thursday games have been non-competitive, and that’s shown in anemic TV ratings as well as lower-than-expected Twitter viewing for some advertisers.

But this year’s Thanksgiving nightcap not only features what should be an intriguing matchup — although somewhat less so now with Colts’ quarterback Andrew Luck ruled out — it should also have a much larger potential audience than the other Thursday night broadcasts, which overlap with business hours, especially on the West Coast.

Thanksgiving is a time when most people are free, home — and bored, making it the ideal environment to maximize Twitter viewers. But the NFL can’t have it both ways — it can either put on Twitter, potentially depressing TV ratings, or it can restrict it to TV and miss what could be its best chance to show the potential of broadcasting on the social media service.

Games aired through digital streaming services like Twitter and Verizon’s NFL Mobile aren’t Nielsen-rated. And with NFL ratings struggling this year as a weak slate of primetime games, national anthem protesting and an election that pretty much sucked the wind out of anything else wreaked havoc on what’s been the most predictably successful programming in television history, the NFL and its broadcast partners want to do whatever they can to ensure a Thanksgiving ratings boost.

Also complicating matters is the fact that the Thanksgiving late game is part of NBC’s Sunday Night Football package, not the Thursday night slate that’s shared across NBC, CBS, the NFL Network and, this year, Twitter. Confusing schedules aren’t unusual for the NFL — the second game of this year’s Christmas Day doubleheader is part of Thursday Night Football this year, despite Dec. 25 falling on a Sunday.

Also Read: 9 Reasons Why NFL TV Ratings Might Be Down This Year (Photos)

But even if the NFL were to include the Thanksgiving night game with its Thursday Night Football package, it’s hard to imagine the league putting it on Twitter with its TV ratings flagging. That’s too bad for those who want to see what kind of audience Twitter could draw with an honest-to-goodness highly anticipated NFL game — and everyone who really doesn’t want to talk to their family.