British author Nicholas Evans, whose 1995 novel, “The Horse Whisperer” became the 1998 Robert Redford movie of the same name, has died at age 72 after suffering a heart attack.

“[We] are very sad to announce the sudden death of the celebrated author,” his reps at United Agents said in a statement shared with TheWrap.

“The Horse Whisperer,” his debut novel, sold more than 15 million copies worldwide and has been translated into 40 languages. 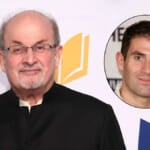 Charlie King, managing director of Little, Brown Book Group told The Bookseller: “Nicholas Evans was a masterful storyteller and one of the most successful, best-loved novelists of his generation.”

Evans other novels include “The Brave,” “The Loop, “The Divide” and “The Smoke Jumper.”

Born in 1950 in Worcestershire, Evans was educated at Bromsgrove School before reading law at Oxford.
During the 1970s, he worked as a journalist on the Evening Chronicle in Newcastle-upon-Tyne before moving into broadcasting. He specialized in US politics and foreign affairs, including covering the war in Beirut, according to his bio on the United Agents site.

In the 1980s, he produced programs on Sir Laurence Olivier, Francis Bacon and David Hockney for “The South Bank Show.” He was also a screenwriter on projects starring Dame Peggy Ashcroft and Sir Ian Holm.

“He lived a full and happy life, in his home on the banks of the River Dart in Devon. He was much loved and leaves behind his wife Charlotte, and four children, Finlay, Lauren, Max and Harry,” the United Agents statement concluded. 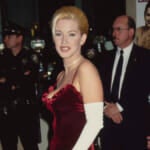