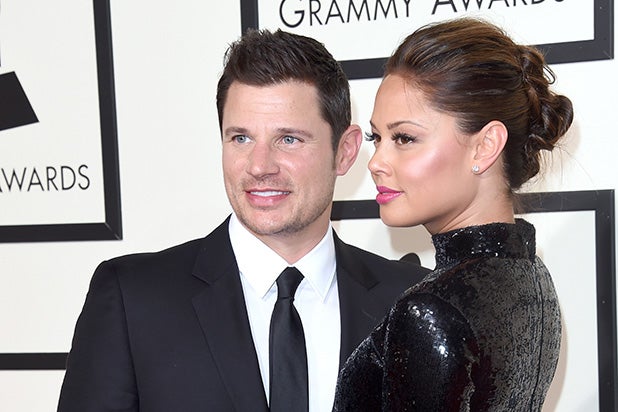 Husband and wife duo Nick and Vanessa Lachey have been tapped to host a new dating show for Netflix, the streamer announced Wednesday.

Titled “Love Is Blind,” the serialized dating show will follow singles as they date, form relationships and fall in love, all without ever having seen their dates.

The couples will see each other for the first time after getting engaged, and the cameras will continue to follow them as they attempt to form a physical connection to match the emotional one in the days leading up to their wedding.

The series will be produced by Kinetic Content, which is also behind Lifetime’s hugely popular reality series “Married at First Sight.” Chris Coelen, Sam Dean, Ally Simpson, Eric Detwiler and Brian Smith of Kinetic Content will serve as executive producers on the project.

For Netflix, “Love Is Blind” is a deeper push into unscripted programming. The streamer recently rolled out the “Catfish”-esque game show “The Circle,” in which contestants have to figure out which of them — based only on each other’s social media profiles — is not who they claim to be.

Vanessa & Nick Lachey will host Love Is Blind, an unscripted series where singles go on dates … but don't meet face-to-face

If a connection is made, they propose & meet for the first time. Then, the engaged couples see if their emotional connection can turn into a physical one pic.twitter.com/j7F0hEQhsA