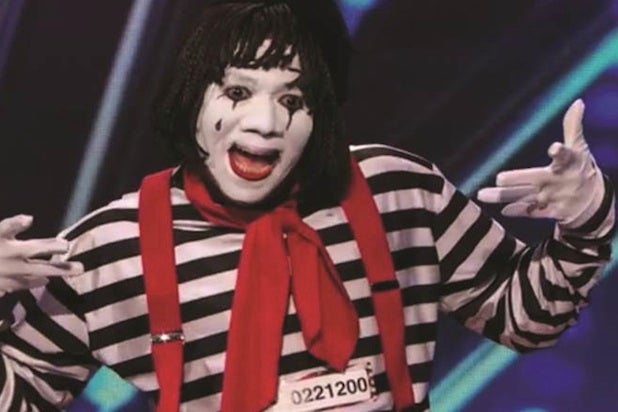 “America’s Got Talent” viewers held their breath as a disgruntled mime contestant began to rush the judge’s table on Tuesday’s broadcast.

The judges had given his performance a lackluster review, which appeared to enrage the performer.

Howard Stern tried to level with the mime but he continued to protest.

As the mime rushed the stage, it all turned out to be an elaborate hoax as Nick Cannon revealed himself.

Howie Mandel laughed hysterically as Cannon showed the process he went through to fool the judges.