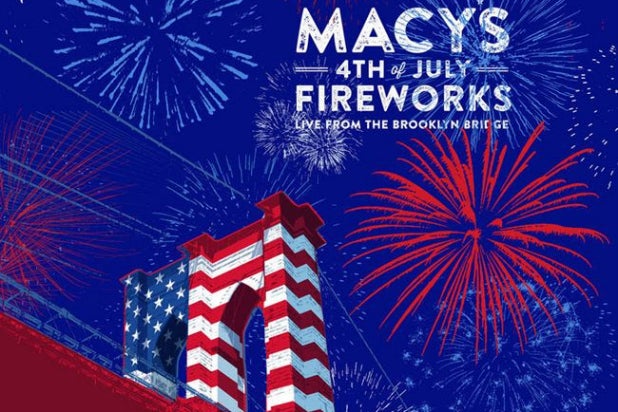 “America’s Got Talent” host Nick Cannon will front the 38th annual event, which is set to take place on the East River’s Brooklyn Bridge — the first return to the landmark since 1995. Fireworks will be launched from a barge below.

The telecast is a production of Universal Television in association with Macy’s. It is staged by Brad Lachman Productions with Lachman serving as executive producer and Bill Bracken as producer.

“NBC is thrilled to once again join with Macy’s to celebrate the 4th of July,” said Doug Vaughan, executive vice president, Special Programs and Late Night of NBC Entertainment. “We have an incredible array of musical performers to complement the fireworks spectacle from the iconic Brooklyn Bridge.”

“Macy’s 4th of July Fireworks are a one-of-a-kind spectacle that will once again inspire audiences nationwide as we illuminate the shores of lower Manhattan and Brooklyn with stunning effects, color and sound,” added Amy Kule, executive producer of Macy’s 4th of July Fireworks. “We are thrilled to be working with our partners in the City of New York to have the magnificent Brooklyn Bridge as our canvas and stunning backdrop for this year’s bigger-than life display.