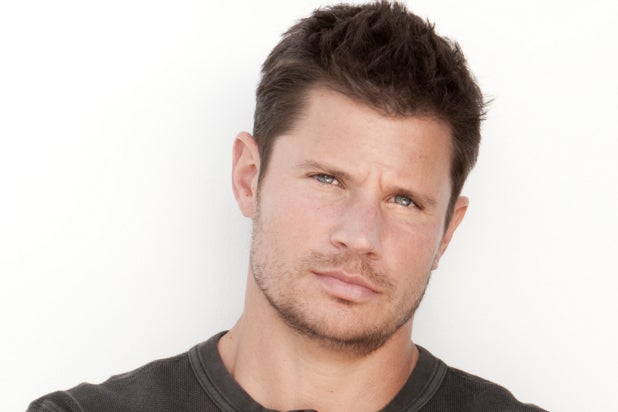 Alongside guest actors, musicians, politicians, athletes, and writers, Lachey will discuss the most buzzed about headlines and topics in his new gig. The format features live performances, celebrity sit-downs, comedy skits, and segments covering film, music, TV, relationships, beauty, cooking and fashion. VH1 touts “Buzz” as the only morning show that offers a live music performance every day.

Prior host Carrie Keagan announced her departure from the program in December.

In 2013, Lachey reunited with his Grammy-nominated group 98 Degrees to launch album “2.0” and tour with New Kids on the Block and Boyz II Men. Most recently, Lachey returned to host the fourth season of NBC’s a capella show, “The Sing Off.”

Lachey currently serves on the Entertainment Council for VH1’s Save The Music Foundation.

“We are thrilled to welcome Nick Lachey as our host of VH1’s ‘Big Morning Buzz Live’ this coming spring,” said Lee Rolontz, executive vice president of Original Music Production and Development, VH1. “Our audience has followed Nick throughout his musical and television career, so we know his charisma and energy are a perfect fit for our network morning show.”

“I’ve had a wonderful, longstanding relationship with VH1 over the course of my music career, and I couldn’t be more excited to enter into this new chapter as resident host for ‘Big Morning Buzz’,” Lachey said. “I love the rush of doing live TV — you never know what will happen next.”