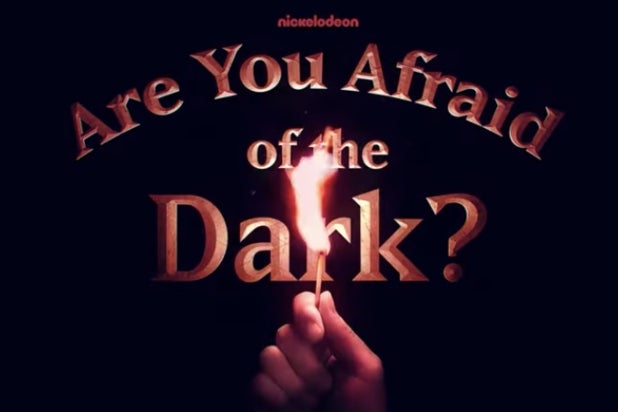 Nickelodeon has renewed its “Are You Afraid of the Dark?” reboot for a second season, the network announced Tuesday, despite the show’s miniseries label.

The news came as part of Nickelodeon’s 2020 programming slate announcement, which also included the new action-adventure series “The Astronauts,” a new “Henry Danger” spinoff and a live-action “Loud House” holiday movie set to air in December.

Among the other shows renewed for the 2020-21 season are “All That” (additional 10-episode order for Season 1), the “Loud House” spinoff “The Casagrandes,” “Blue’s Clues & You,” “PAW Patrol,” “Blaze and the Monster Machines,” “Bubble Guppies” and the holiday competition series “Top Elf.”

See the full slate and descriptions of each project below.

The Astronauts (working title; 10 episodes) – Marking Nickelodeon’s first co-production with Imagine Kids+Family, this single-camera action-adventure series follows a group of kids who embark on the adventure of a lifetime when they are mistakenly launched into space. The Astronauts is executive produced by Imagine Entertainment Chairmen Brian Grazer and Ron Howard, Imagine Kids+Family President Stephanie Sperber and Daniel Knauf (Carnivàle, The Blacklist), who also serves as writer and showrunner. The series is slated to premiere this summer.

The Loud House: A Very Loud Christmas! (working title) – The popular animated characters from Nickelodeon’s Emmy Award-winning “The Loud House” will literally come to life in an original live-action, feature-length TV movie. Casting is currently underway for the holiday movie, which will begin production this summer and premiere in the fourth quarter of this year.

Big Nate (26 episodes) – The misadventures of Big Nate will go from page to screen in an all-new animated series based on HarperCollins’ best-selling children’s book title, penned by acclaimed author and cartoonist Lincoln Peirce.

Tyler Perry’s Young Dylan (14 episodes) – Executive produced, directed and written by Perry, the live-action series follows a family whose world is turned upside down when their nephew, Young Dylan (Dylan Gilmer), an aspiring hip-hop star, moves in unannounced. The series is currently in production at Tyler Perry Studios in Atlanta, Ga., and will premiere Saturday, Feb. 29, at 8:30 (ET/PT).

All That (Season 1, additional 10-episode pickup) – With a first season totaling 36 episodes, the reboot of the iconic ’90s pop-culture sketch series showcases the comedic talents of eight kid comedians and features musical performances and guest appearances from today’s biggest stars.

The Casagrandes (Season 2, 20 episodes) – Ronnie Anne and her multi-generational Mexican American family are back for more love, laughter and adventures in the big city. Premiering this fall, the Casagrande family members will find themselves in a variety of situations, including becoming a viral sensation, searching for Pancho Villa’s lost gold, celebrating Las Posadas and more.

PAW Patrol (Season 8, 26 episodes) – Produced by Spin Master Entertainment, the new season follows the paw-some pack of pups — Chase, Marshall, Rubble, Skye, Rocky, Zuma, Everest and Tracker — as they embark on all-new action-packed rescue missions and work together to help their community of Adventure Bay, proving “no job is too big, no pup is too small!”

Bubble Guppies (Season 6, 20 episodes) – The guppies’ adventures will be bigger and bubblier than ever before with all-new songs, funny guest stars, fin-tastic lessons and lots of Bubble Puppy.

Top Elf (Season 2, 5 one-hour episodes) – Season two of this holiday-themed competition series will feature new talented kid “elf-testants” who will be paired with Santa’s elves in a series of physical challenges as they compete for the title of “Top Elf” and a wish list of prizes for their community. At the end of each episode, Contestants are judged by Santa and a celebrity guest to decide who is on the “nice” or “naughty” list and one step closer to being named ‘Top Elf.”